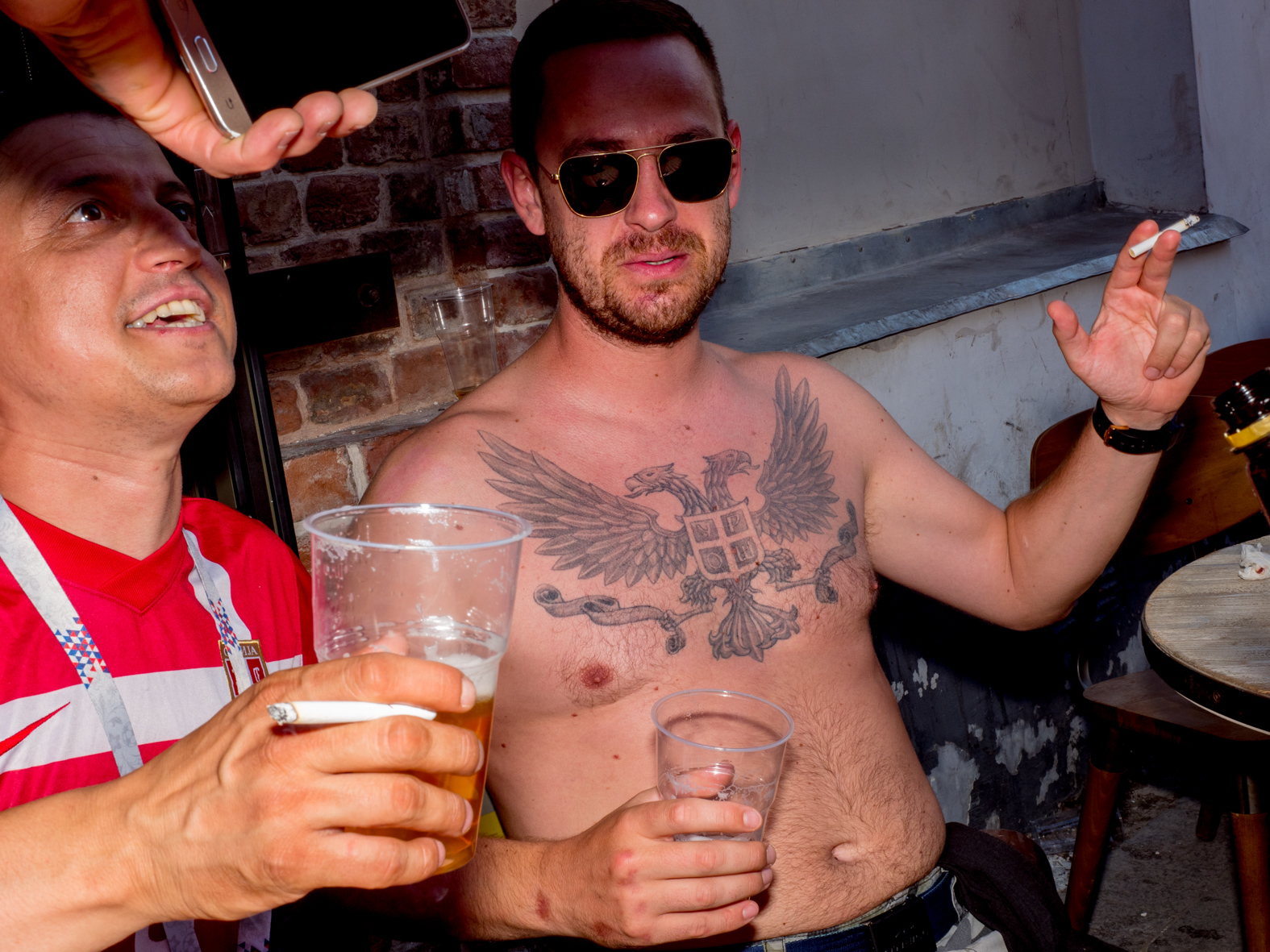 Serbian football fans hang out in central Moscow before their match against Brazil.