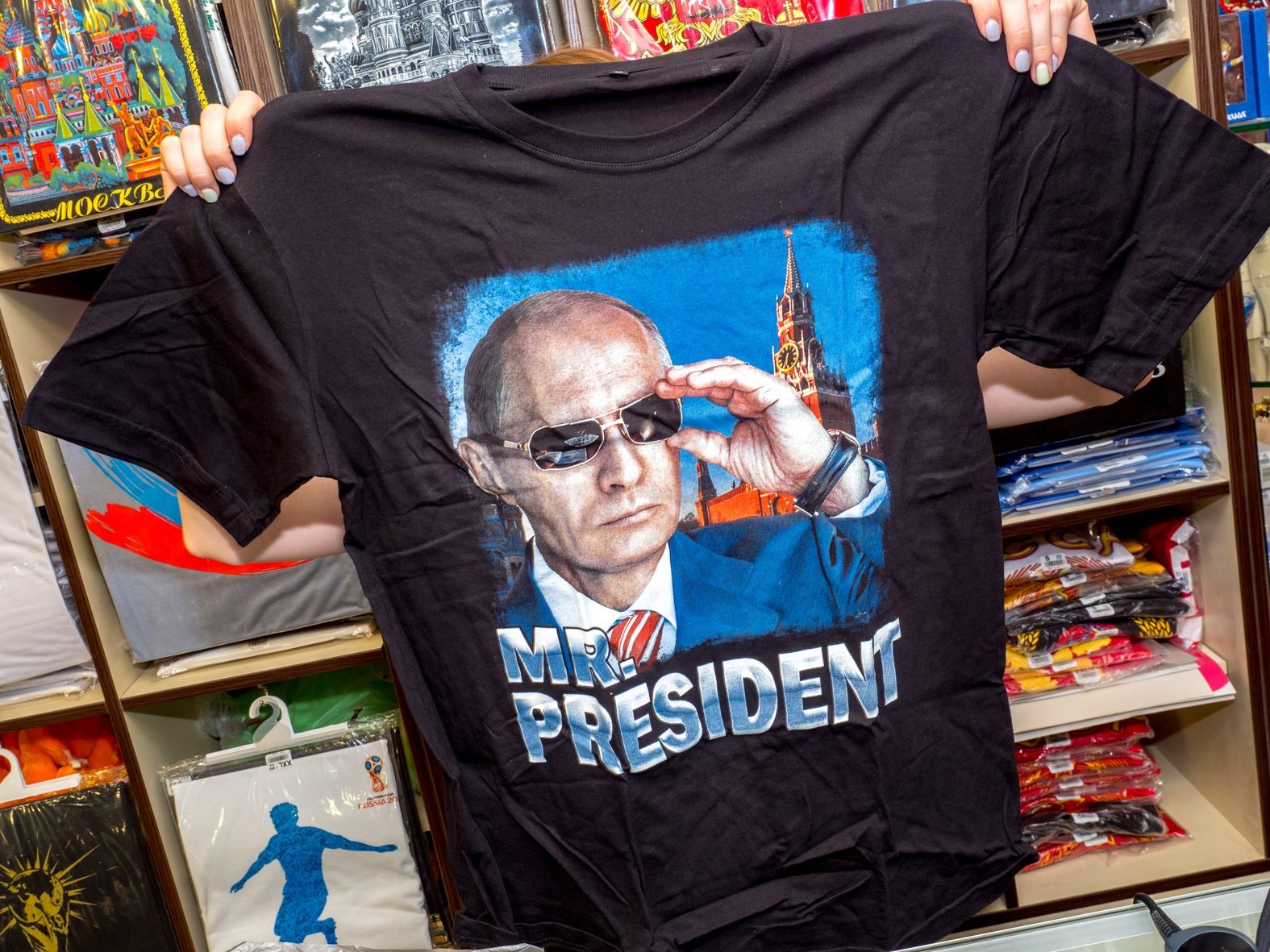 A souvenir T-Shirt of Vladimir Vladimirovich Putin, Russian statesman and former intelligence officer serving as President of Russia since 2012, previously holding the position from 2000 until 2008.