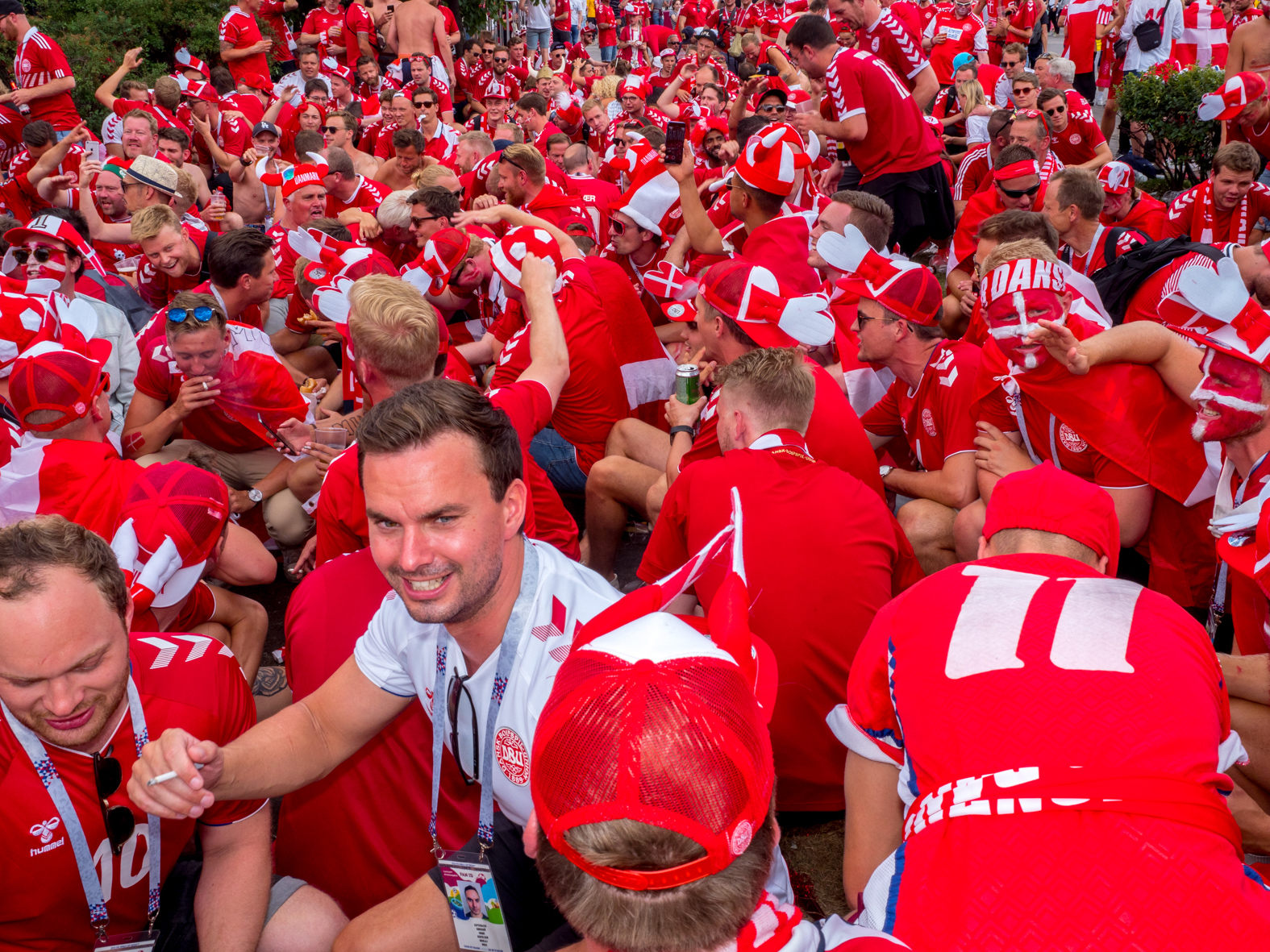 Danish fans drink beer in central Moscow ahead of their match with France.