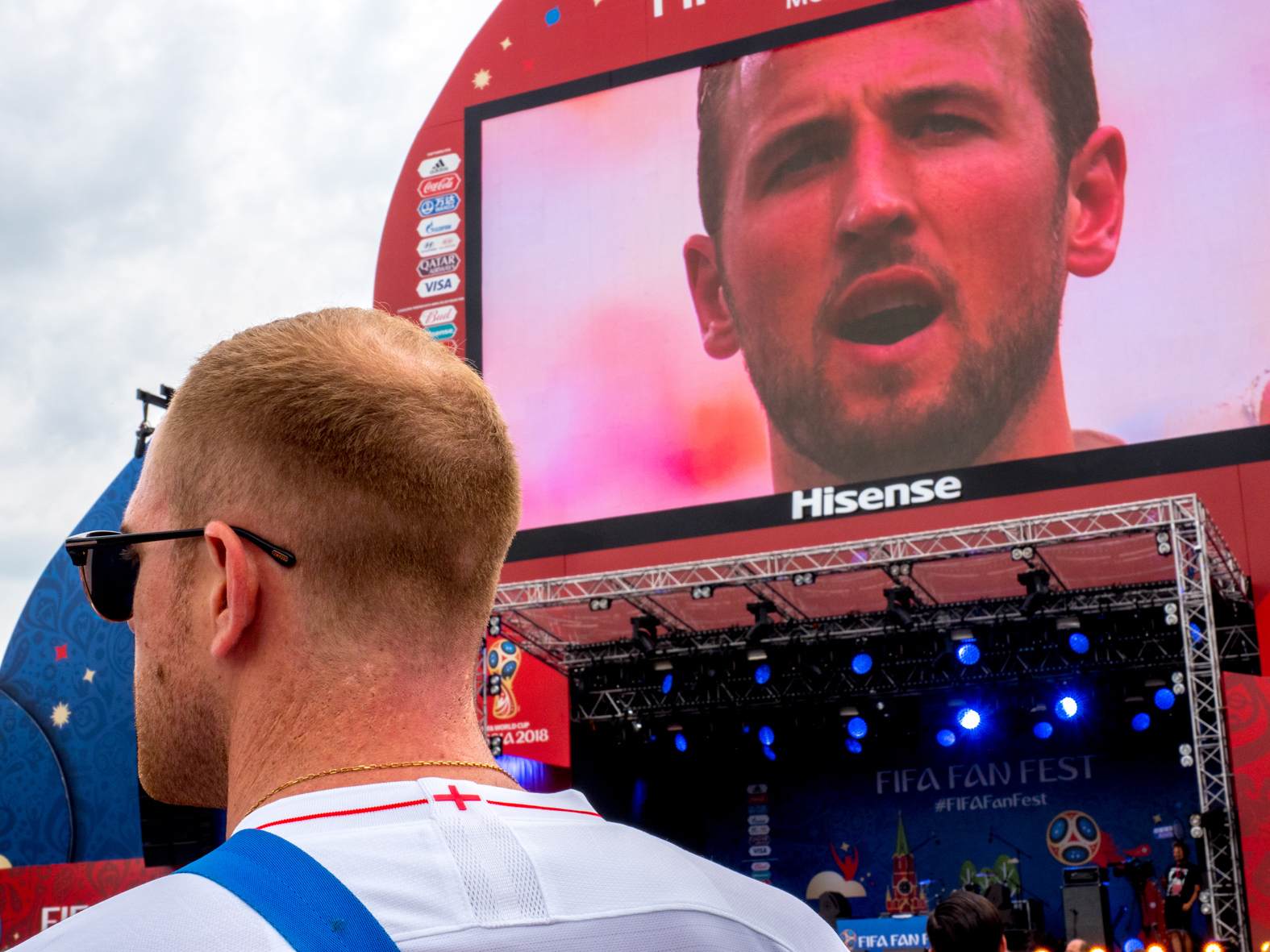 England captain, Harry Kane, featured singing the English national anthem on a big screen at FIFA Fan Fest. The Moscow FIFA Fan Fest located at Vorobyovy Gory (Sparrow Hills) with a venue Capacity of 25,000. The site provides a spectacular view down the hill, directly towards Luzhniki Stadium and Moscow City. The 21st FIFA World Cup football tournament took place in Russia in 2018. It was the first World Cup to be held in Eastern Europe and the eleventh time that it has been held in Europe. For the first time the tournament took place on two continents – Europe and Asia. All but two of the stadium venues were in European Russia.