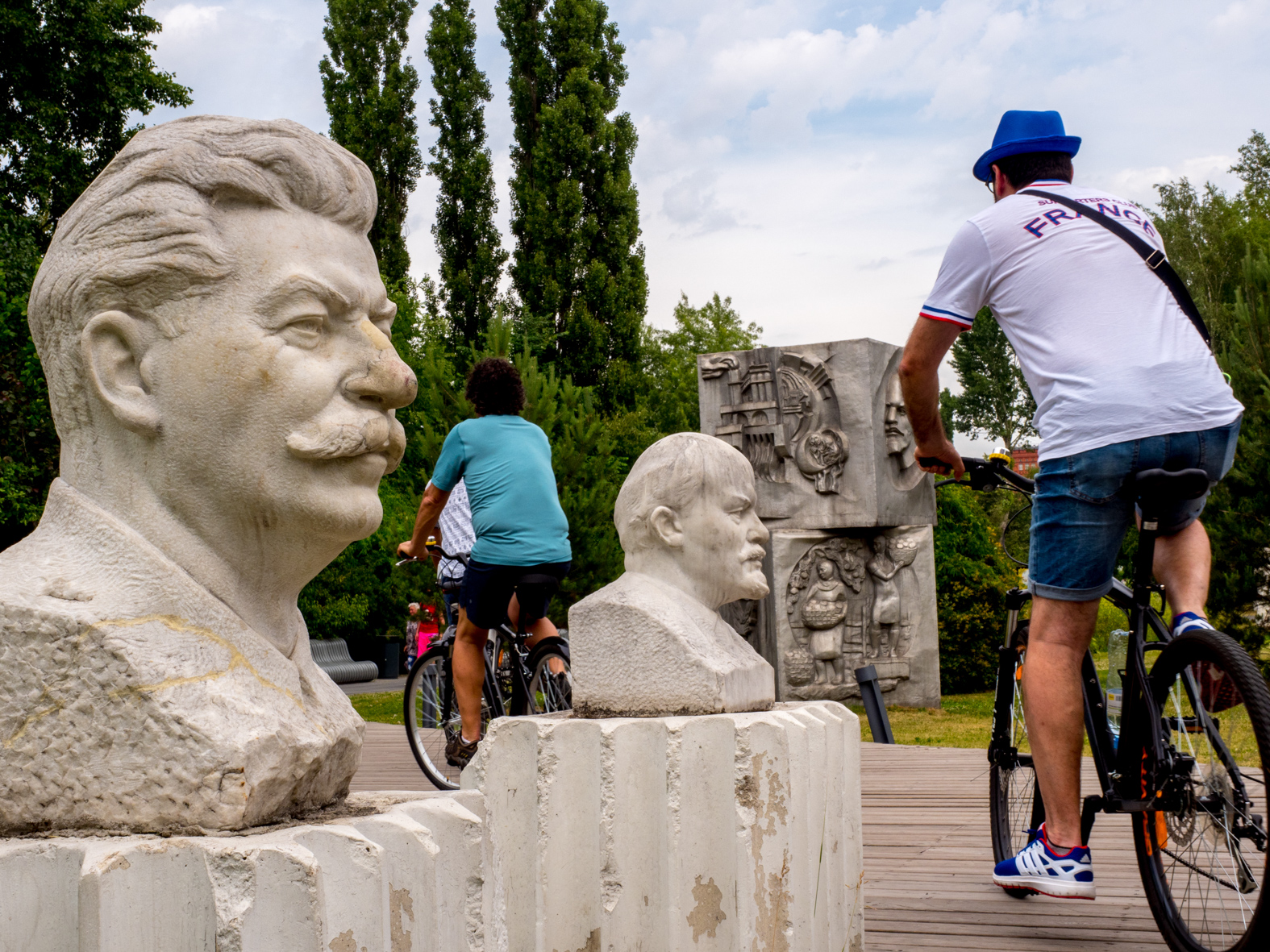 Supporters club France members cycle through a Soviet sculpture park located at Sssr Oplot Mira, Moscow. Vladimir Ilyich Ulyanov, better known by the alias Lenin, was a Russian communist revolutionary, politician and political theorist. He served as head of government of Soviet Russia from 1917 to 1924 and of the Soviet Union from 1922 to 1924. The 21st FIFA World Cup football tournament took place in Russia in 2018. It was the first World Cup to be held in Eastern Europe and the eleventh time that it has been held in Europe. For the first time the tournament took place on two continents – Europe and Asia. All but two of the stadium venues were in European Russia.