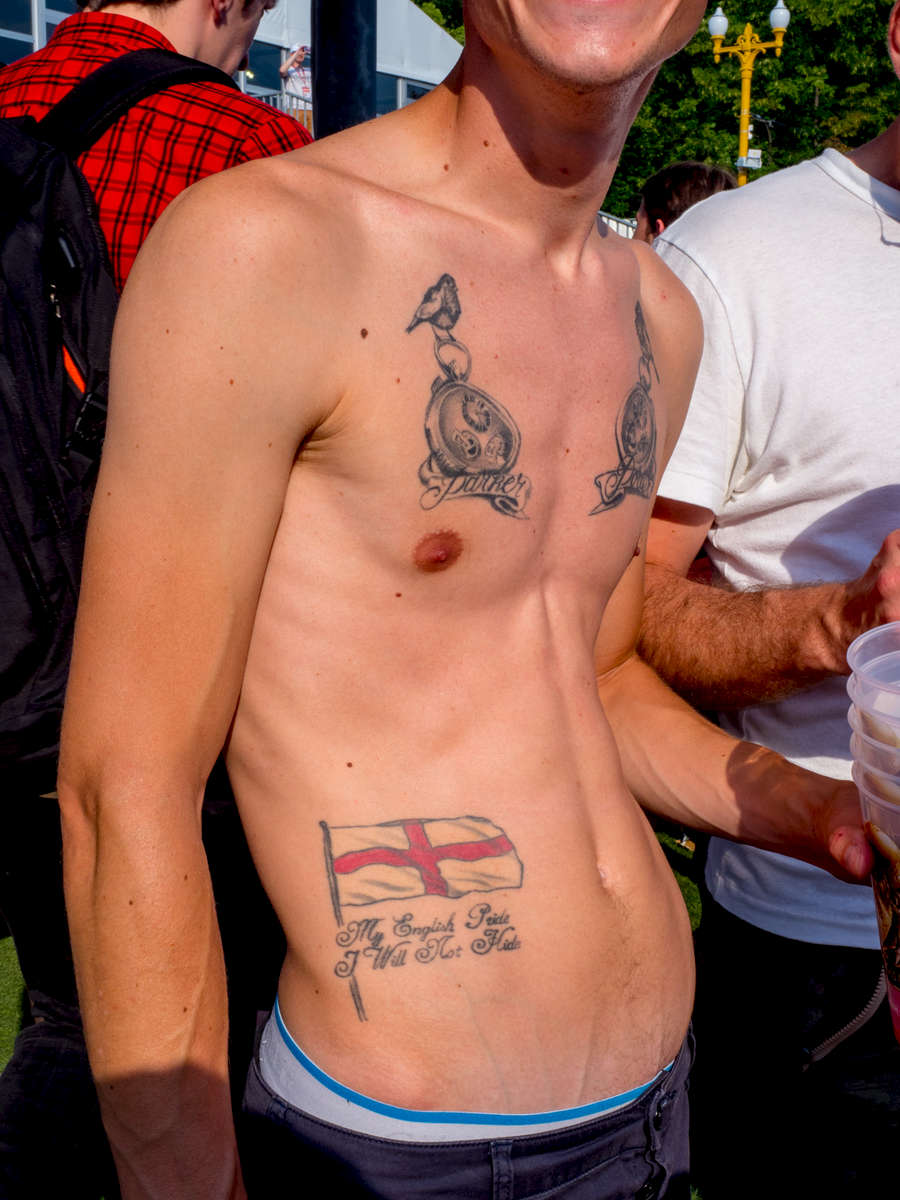 An England and Bristol City fan at the FIFA Fan Fest.