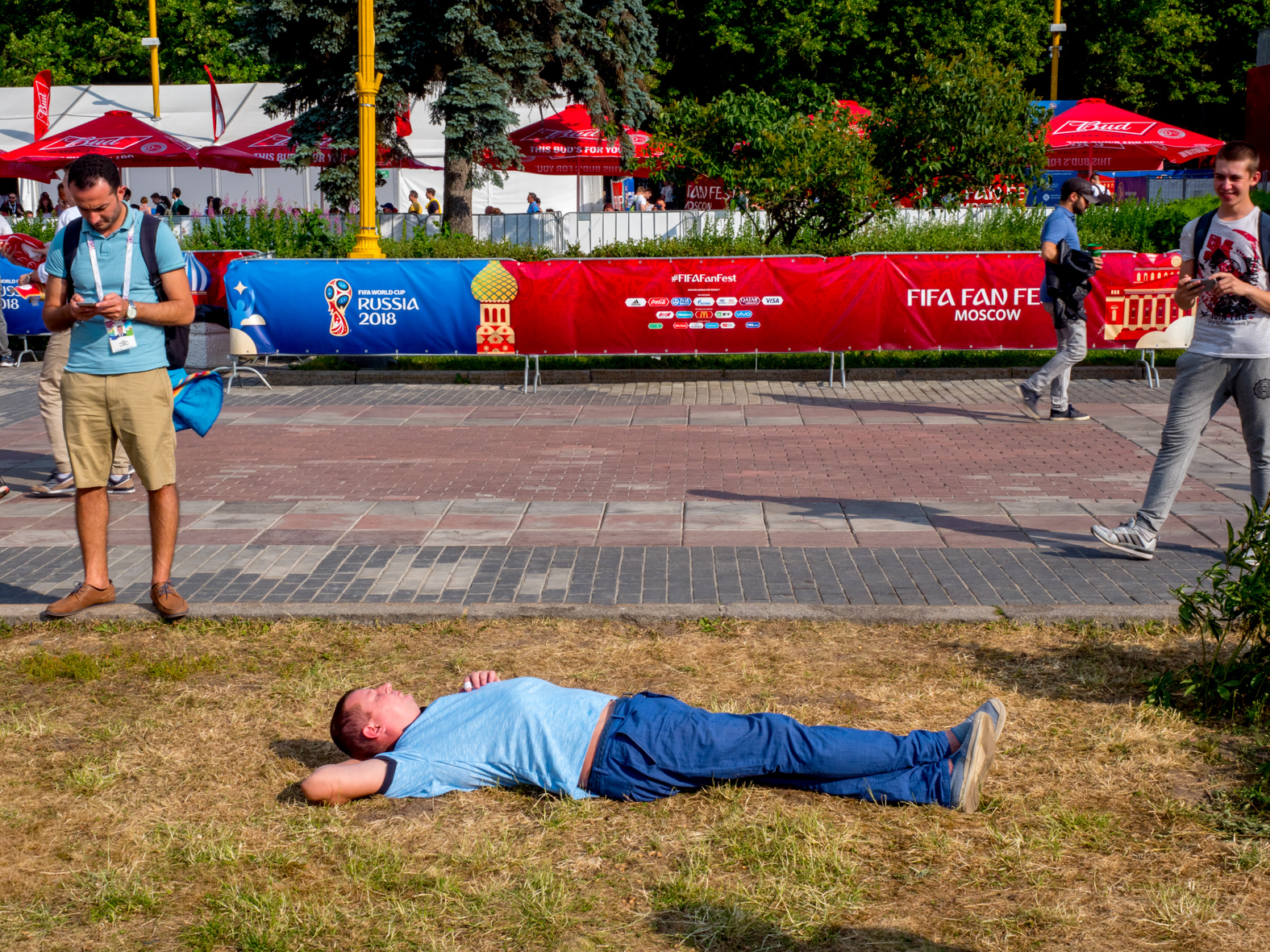 A football fan takes a break.