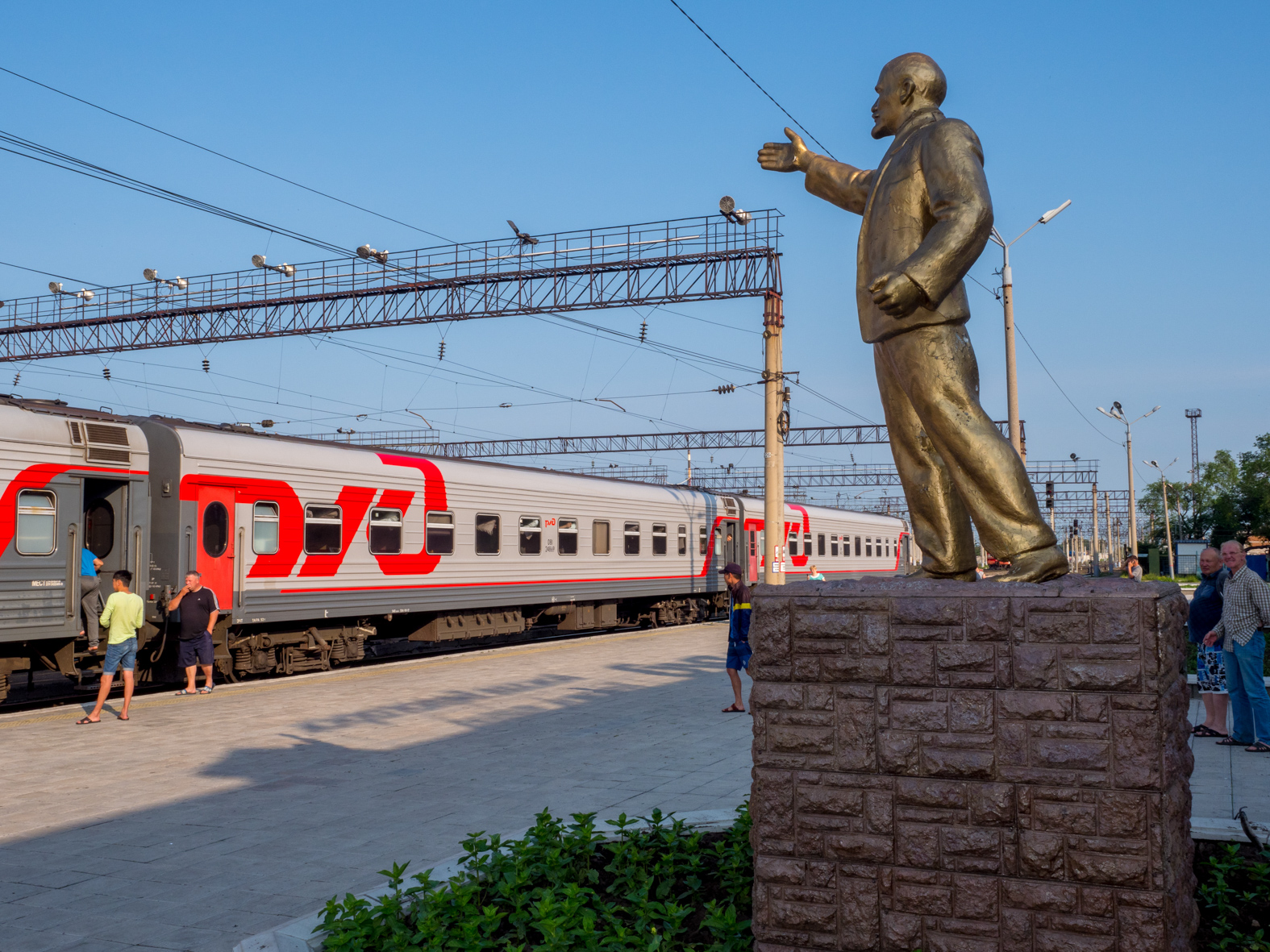 On the station platform at Belogorsk, Amur Oblas, a golden statue of Lenin gestures towards the Trans Siberian. The Trans-Siberian Railway from Moscow-Vladivostok, spanning a length of 9,289km, is the longest uninterrupted single country train journey in the world. It has connected Moscow with Vladivostok since 1916, and is still being expanded. It was built between 1891 and 1916 under the supervision of Russian government ministers personally appointed by Tsar Alexander III and his son, the Tsarevich Nicholas (later Tsar Nicholas II).