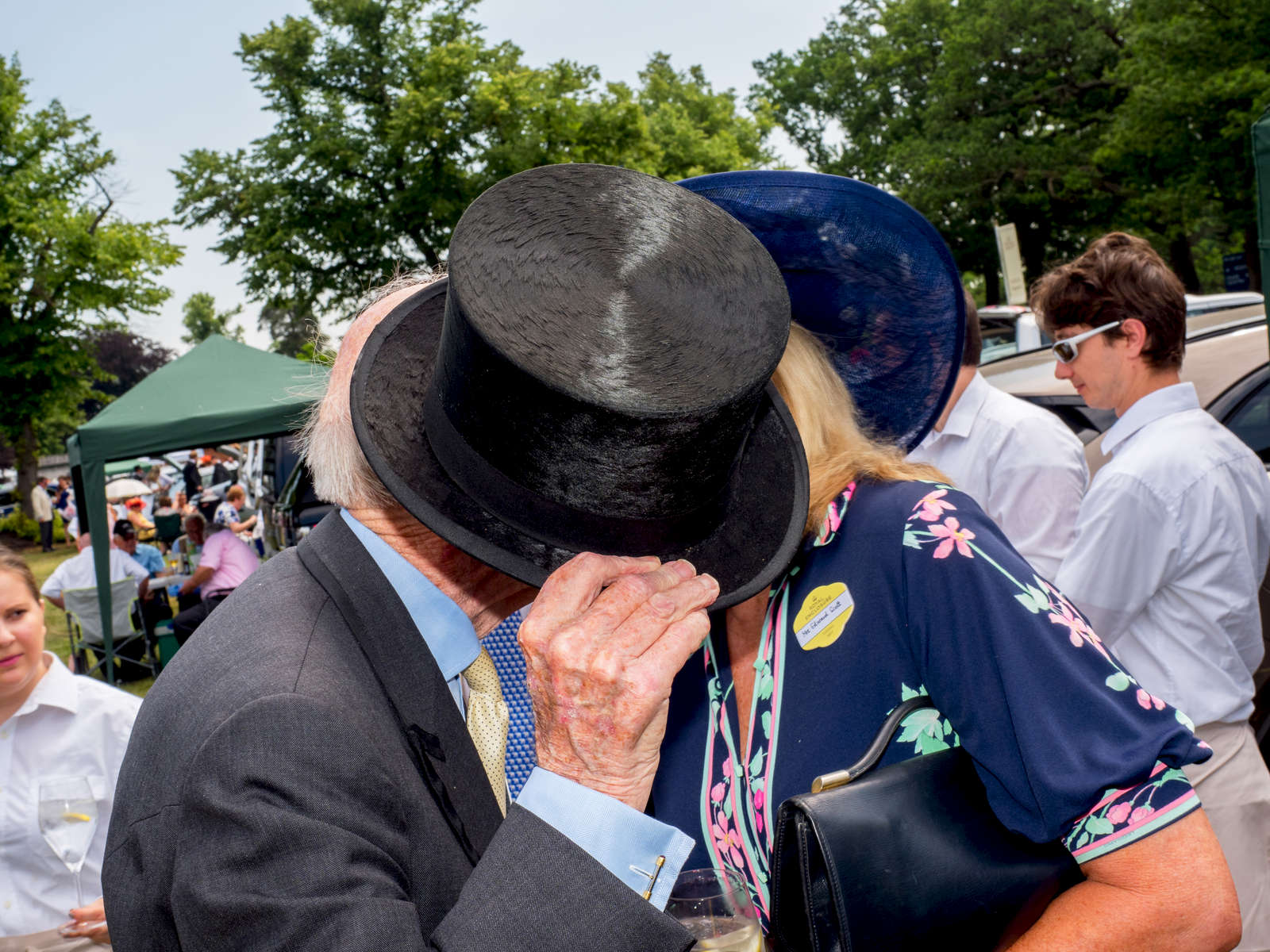 Peter McNally Esq doffs his top hat to greet one guest at a champagne luncheon prior to the Royal Ascot meting in the No 1 Car Park for guests of George & Tatiana Piskov & Liz Brewer.

One of Britain's most well-known racecourses, Ascot holds a special week of races in June each year called Royal Ascot, attended by The Queen. The week has become Britain's most popular race meeting, welcoming around 300,000 visitors over five days, all dressed up in their finest clothes and hats.