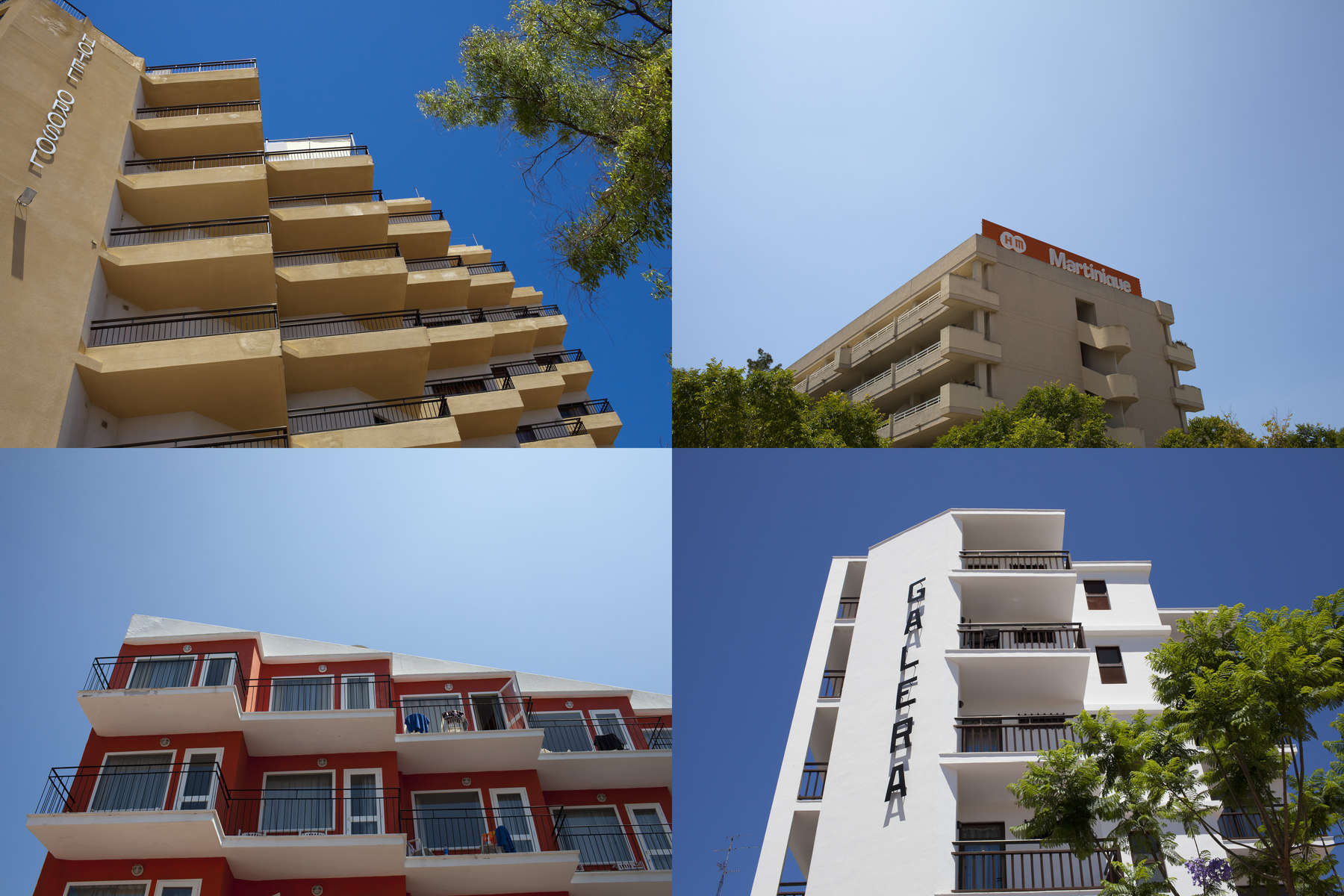 Clockwise from top left: 2012, Michael White, 27, died after he slipped and fell from a balcony at Hotel Orosol after leaning out to be sick. 2012, Adam Atkinson, 20, plunged to his death from a third floor balcony at Hotel Martinique, Magaluf. 2011, Jodie Taylor, 25, died falling from the third floor at Hotel Galera after arguing with a guest from the floor above. 2012, Charlotte Faris, 23, plummeted to her death from the Teix Hotel, Magaluf. In 2012, there were 14 incidents of Britons falling from balconies, many of which, according to the Foreign & Commonwealth Office, involved young people and alcohol.