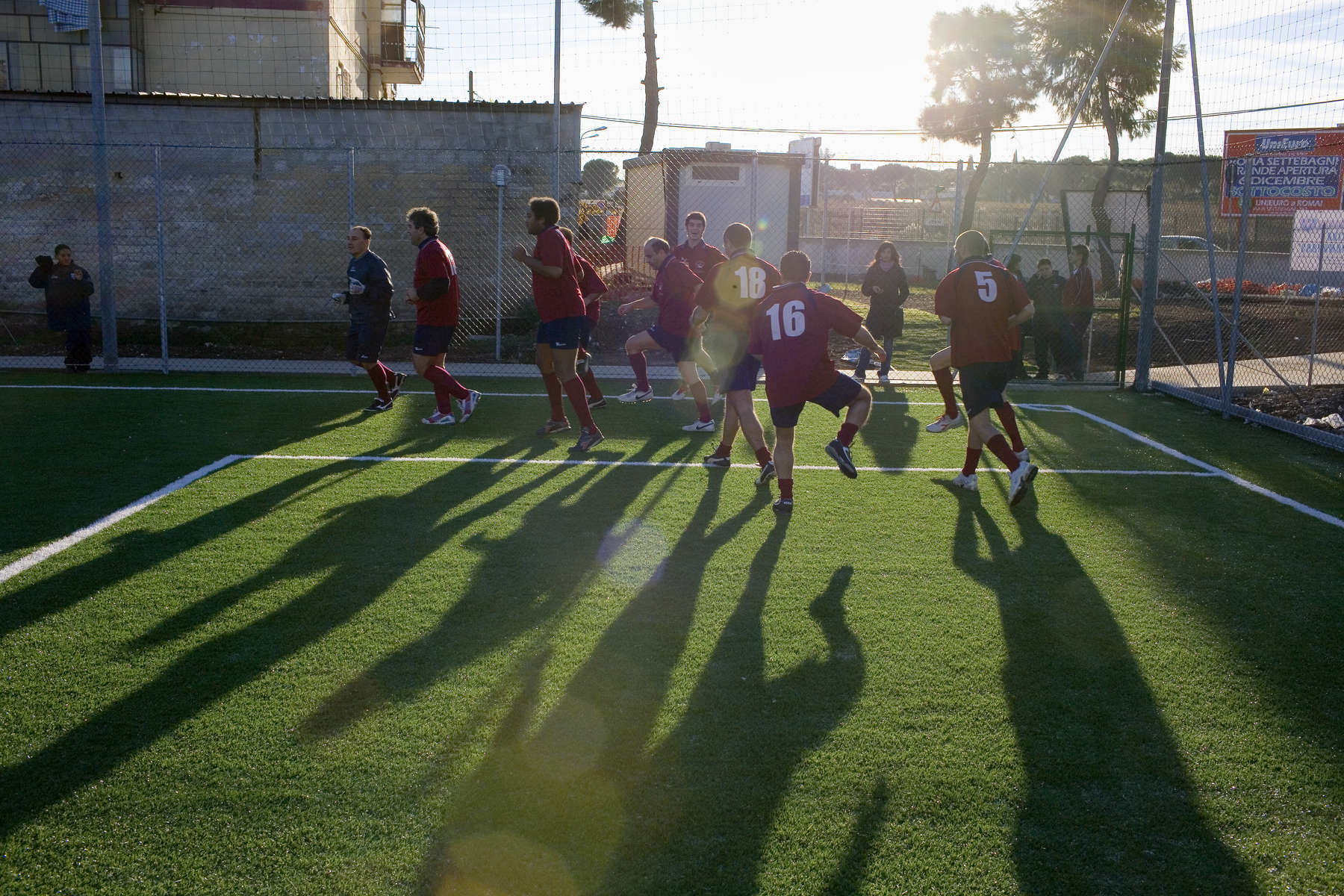 Players of the Gabbiano football club in Rome warm up before a match. Half of the players are schizophrenics. The club performs a startling and successful form of psychiatric therapy.