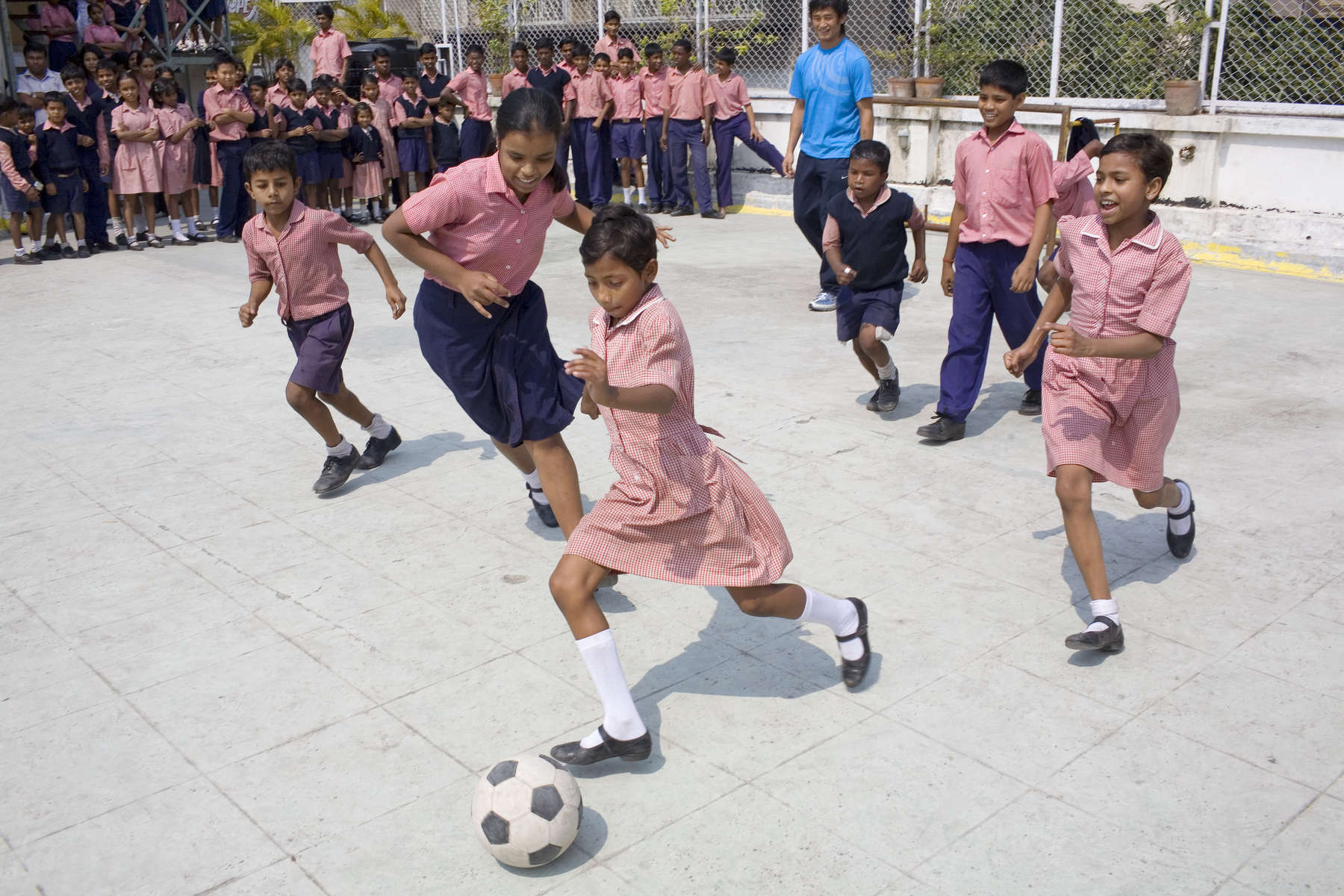 School kids play a game of football during a break from lessons at the Future Hope school in Kolkata. Football has always played a major role at the school. Through the sport the kids learn discipline and a sense of purpose. Set up over 18 years ago, it provides a home, education and medical aid to some of the children who found themselves living on the streets of the city.