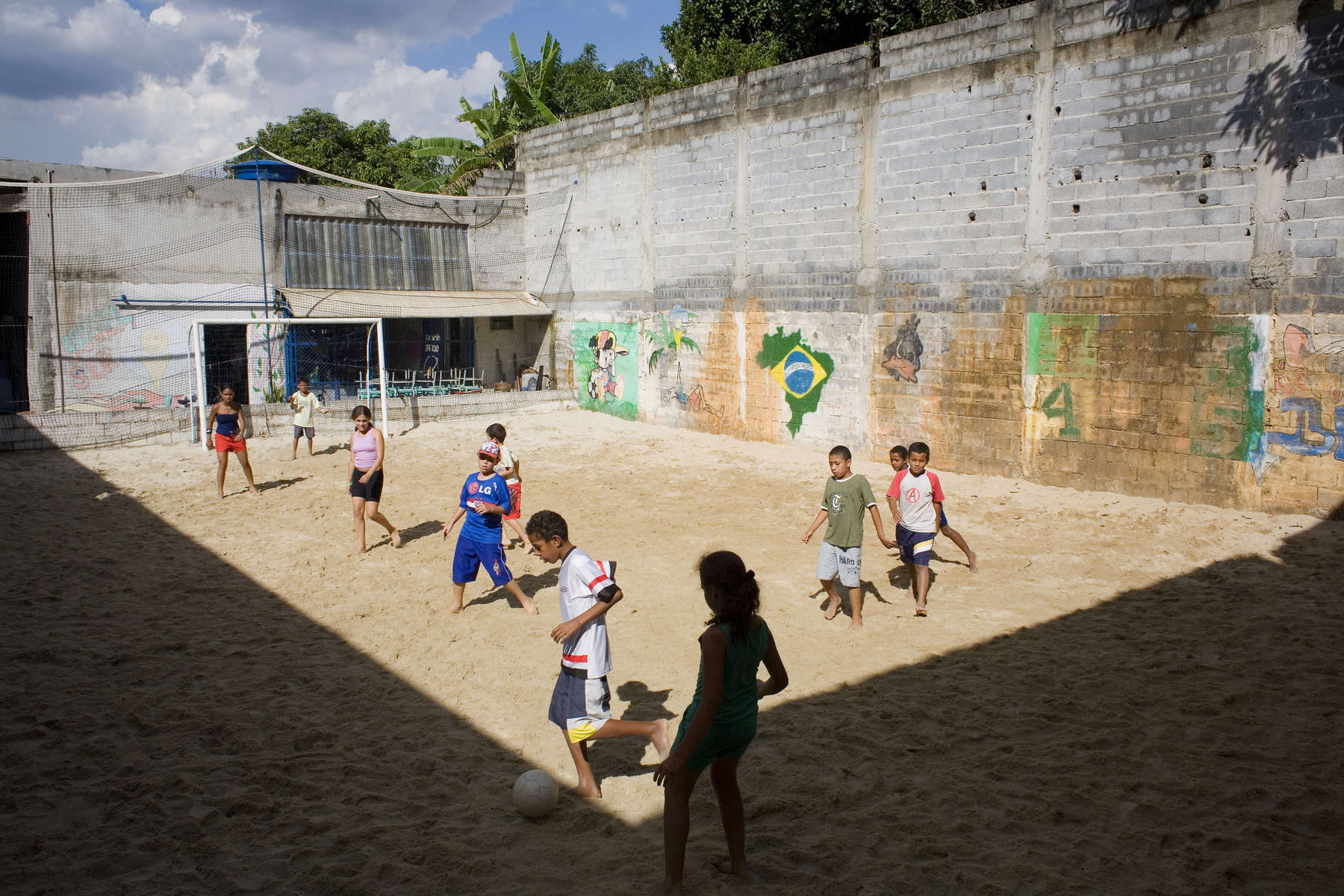 Brazilian kids play beach football at the EPROCAD centre in Sao Paulo. Football is used to transform chldren with low self esteem and negative perception into critical proactive citizens.