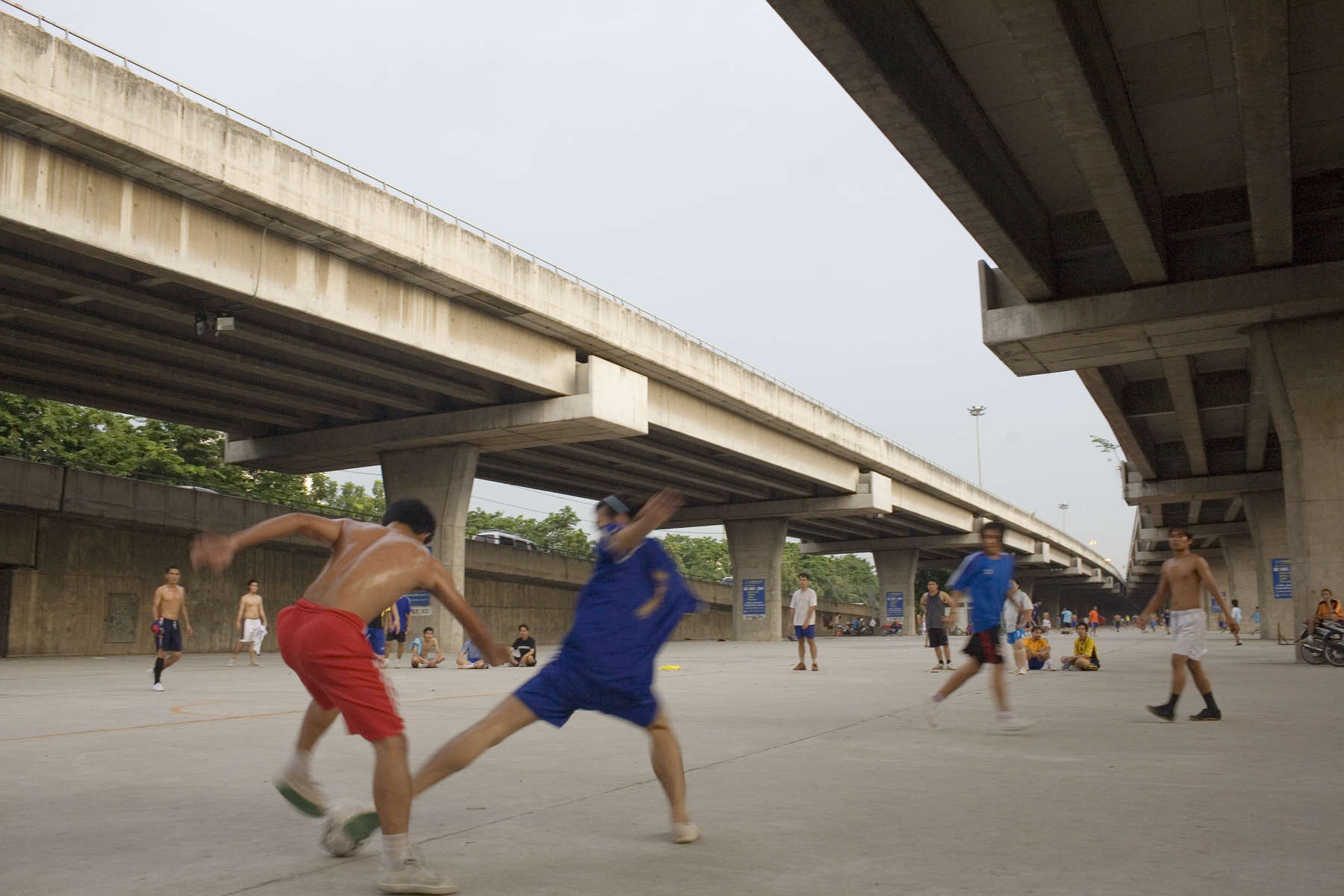 A Futsal match being played under a flyover in the Thai capital Bangkok. There are over 10,000 teams in Thailand, part of the success of the sport is due to the fact that it can be played in a small place.