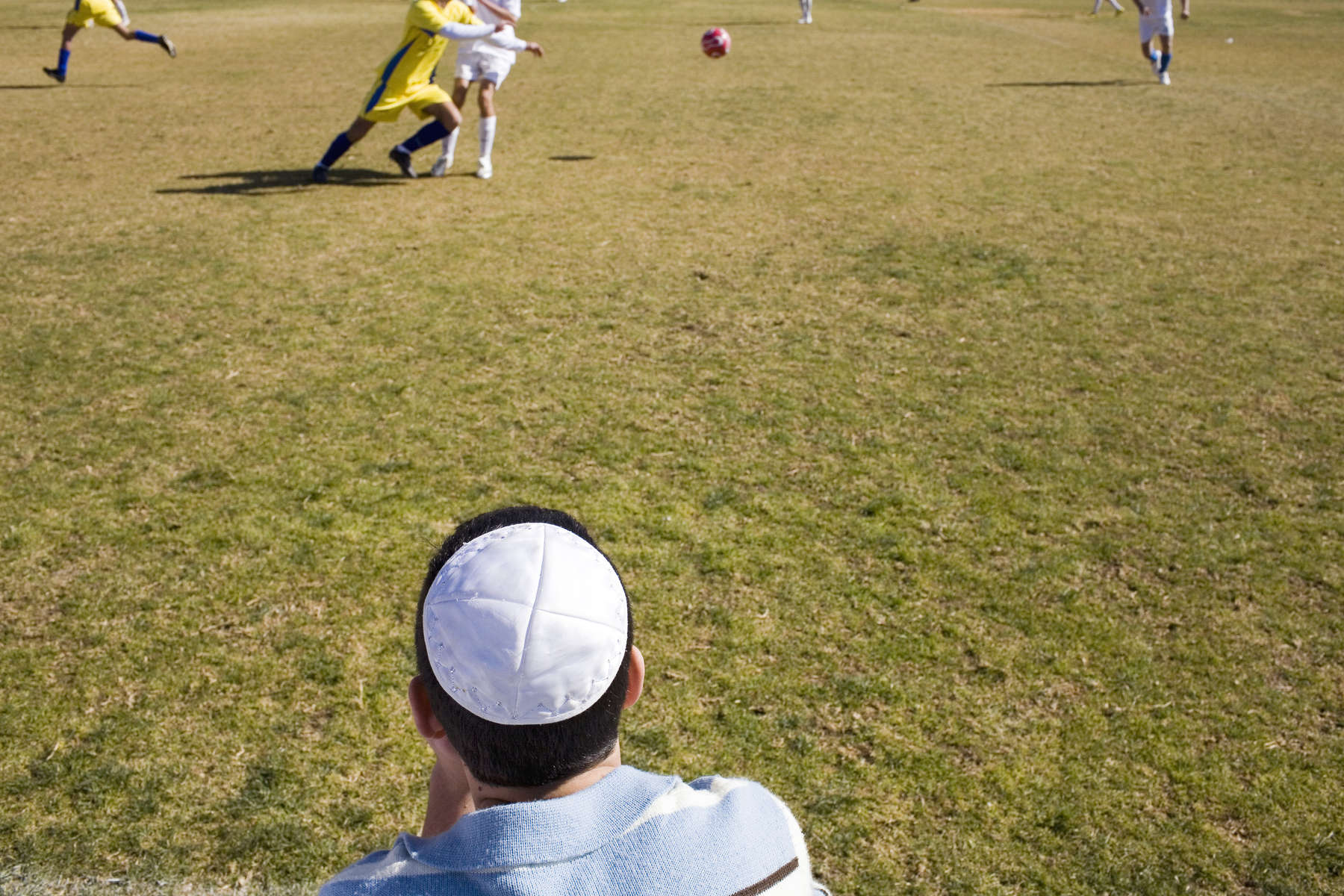 A Jewish fan watches a football match between Katamon Abu Ghosh Mevaseret FC, a mixture of Arabs and Jewsish players, and a team of Druze from the occupied Golan Heights, the first ever Syrian-born football team to play in Israel.