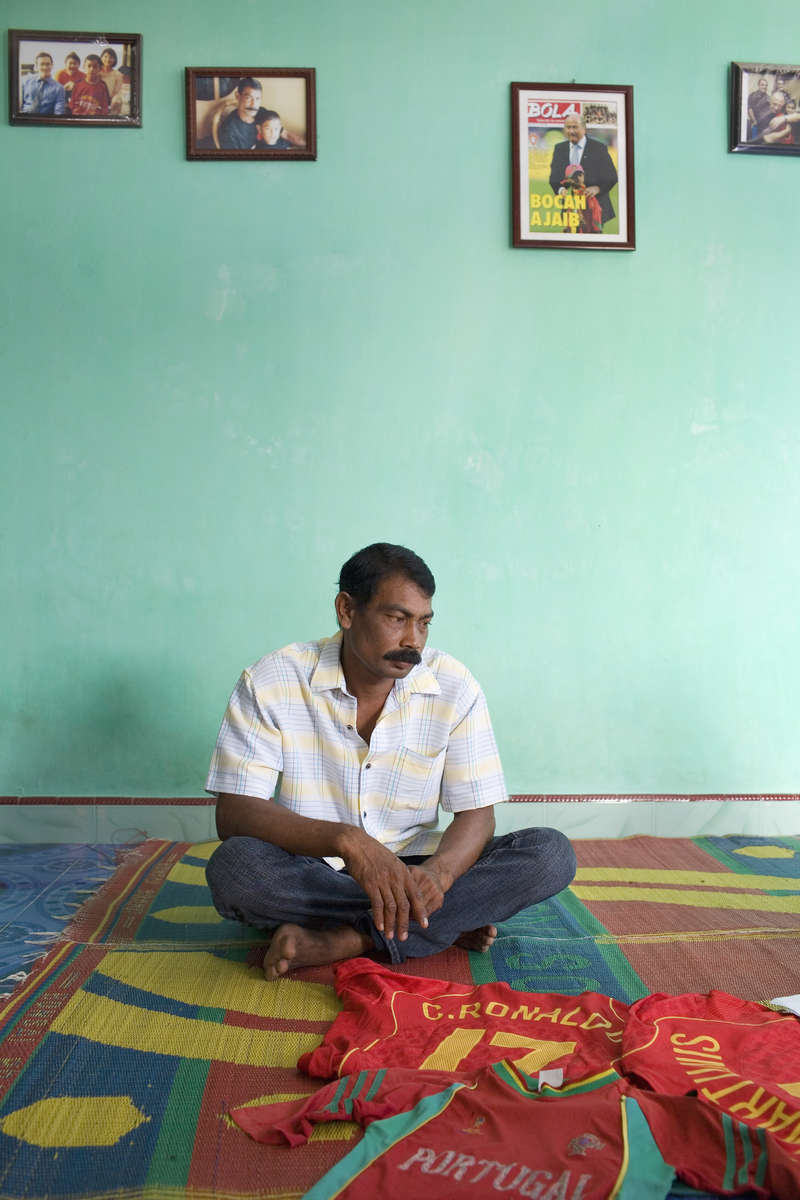 Sarbini in the living room of his Banda Aceh home. The 39 year old lost his wife and daughter when the boxing day Tsunami struck in 2004. His son Martunis survived. He was found 19 days later wandering on the beach wearing the Portuguese national football team shirt. Broadcast images of him inspired players and staff from the team to visit including Cristiano Ronaldo. The house was rebuilt on land purchased from charitable donations.