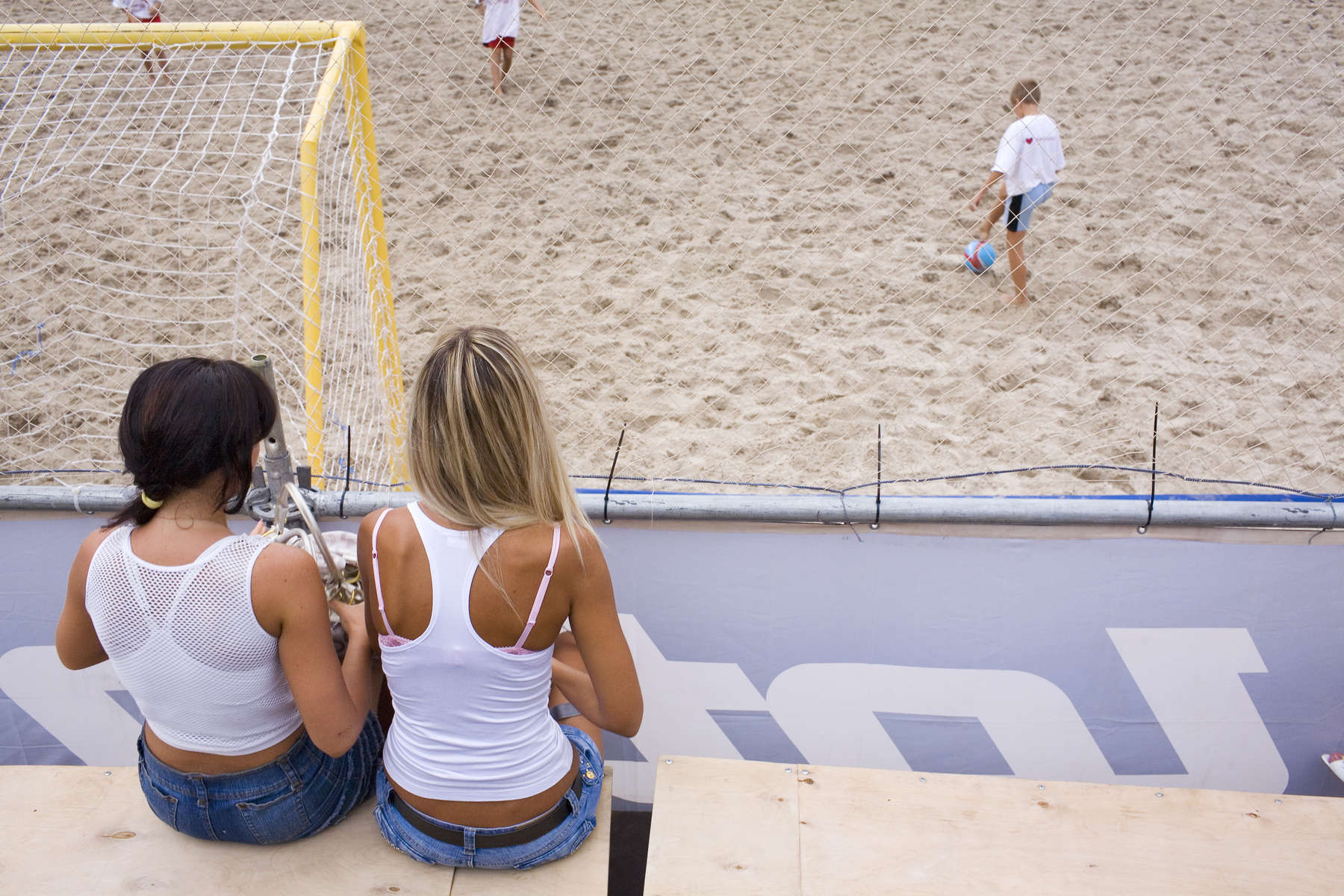 Two beautiful young Ukranian women watch a beach soccer tournament in the capital Kiev. The popularity of beach soccer in the Ukraine has exploded. The national team have become a major force in the game. Not known for it beaches, the Ukraine won their first international title at the May 2007 Euro Beach cup in Spain beating favourites France.