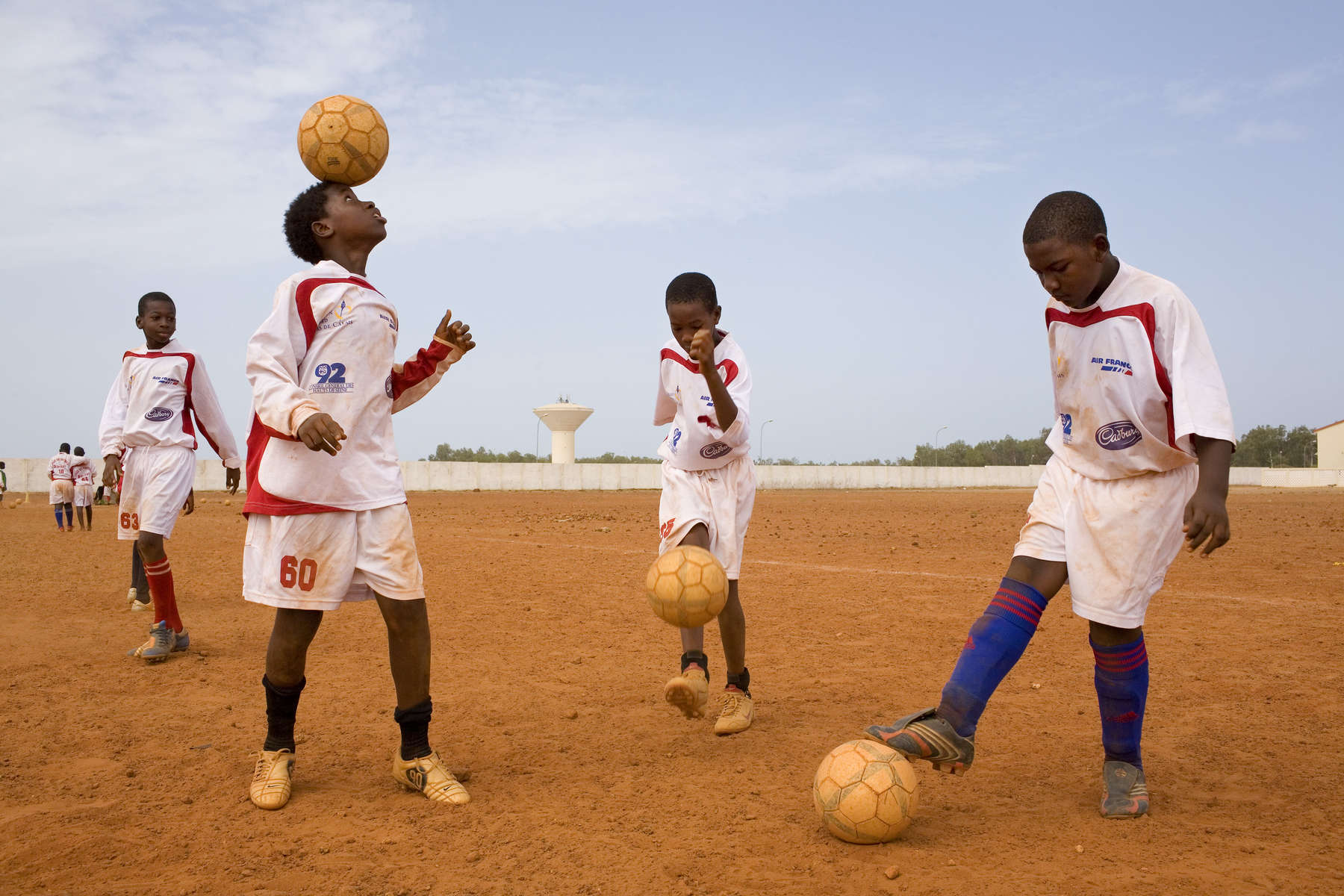 Football training in progress on the red dirt at the Diambar's football academy a 2 hour drive from the Senegalise capital Dakar. Founded in 2003, the academy is home to 90 former street kids aged 13-18.