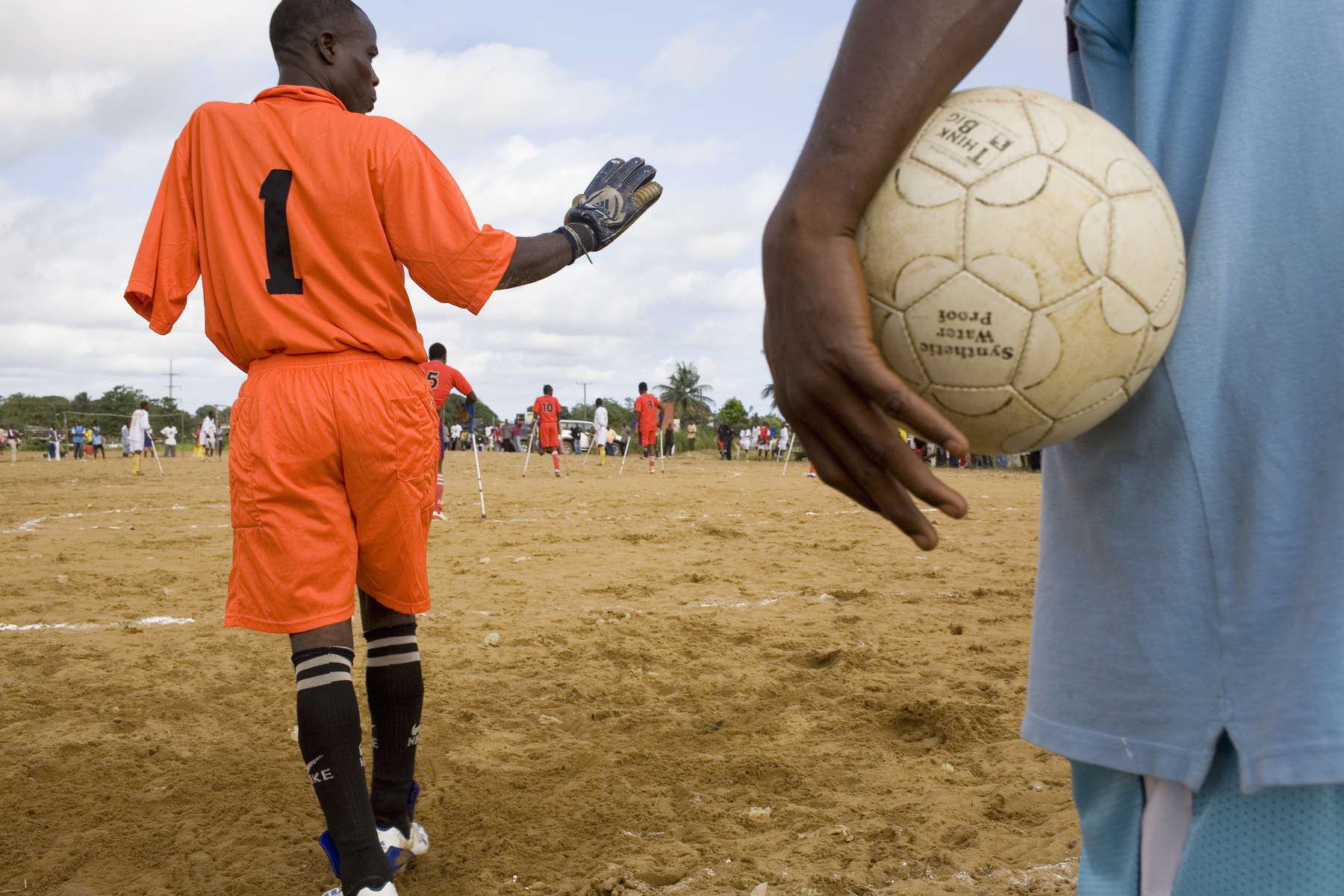 An amputee football match in progress in the Liberian capital Monrovia. The outfield players have one leg, the goalkeeper one arm.