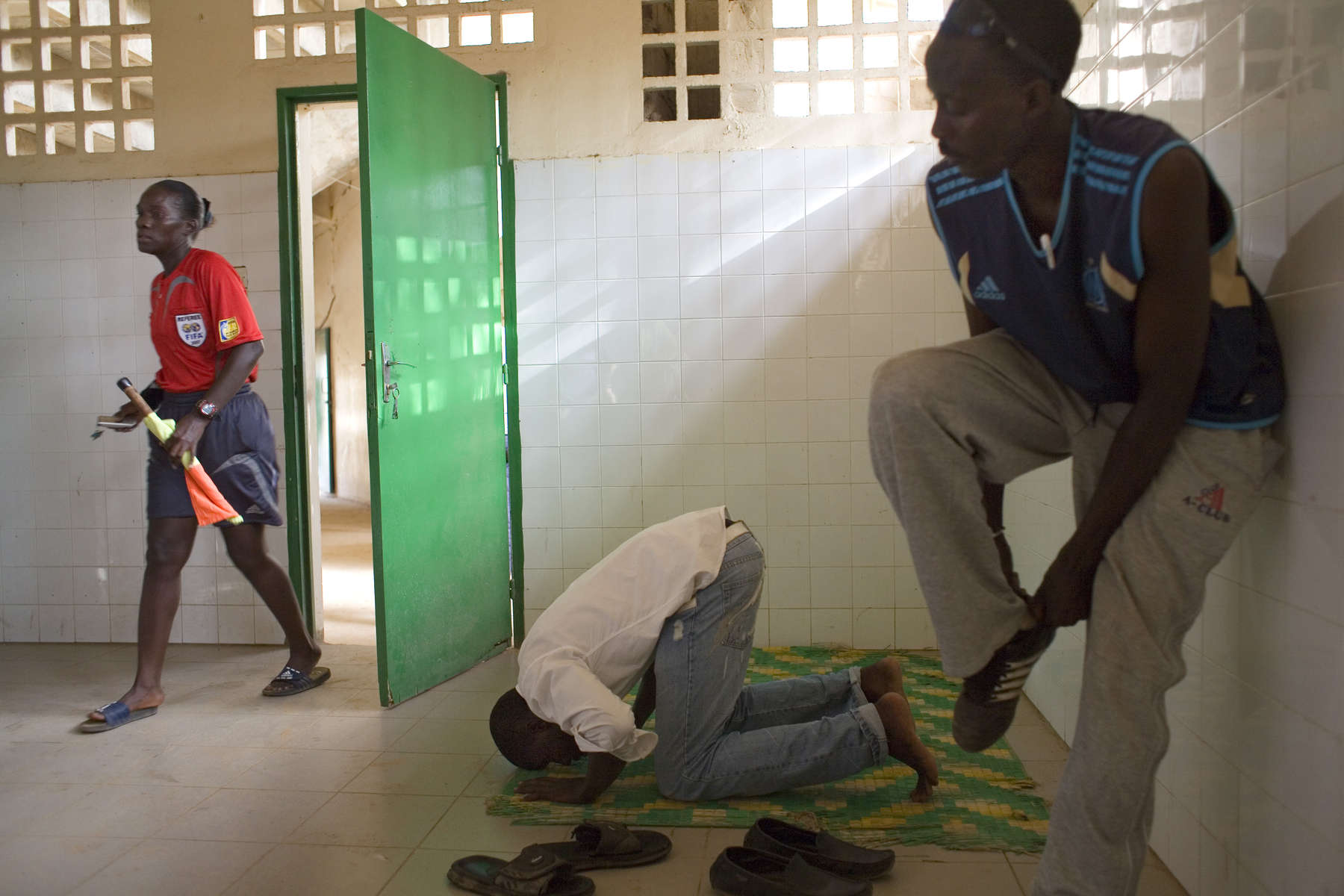 FIFA accredited female referee Fatou Gaye in her changing room before officiating at a men's match in the Senegalese capital Dakar. Gaye was part of the elite group of referees who officiated at the 2007 FIFA Women's World Cup in China.