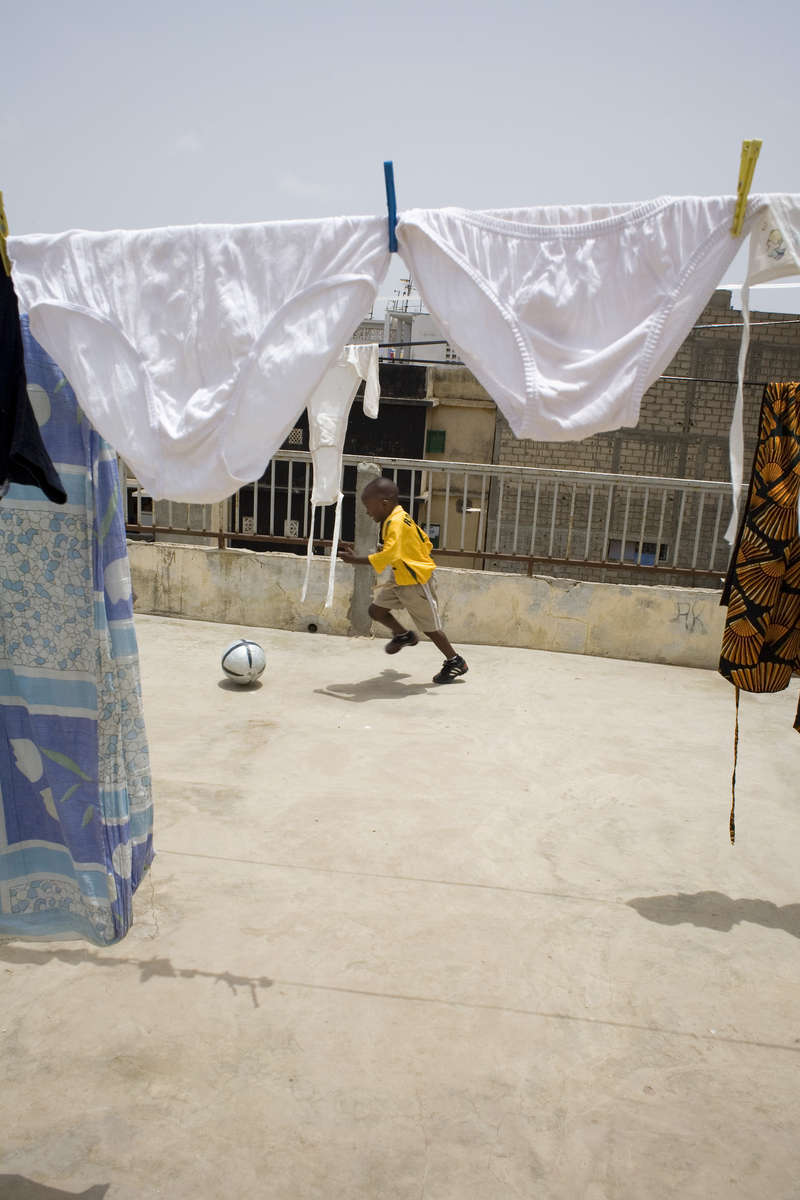 The son of female FIFA accredited referee Fatou Gaye, plays football on the roof of their home in the Senegalese capital Dakar.