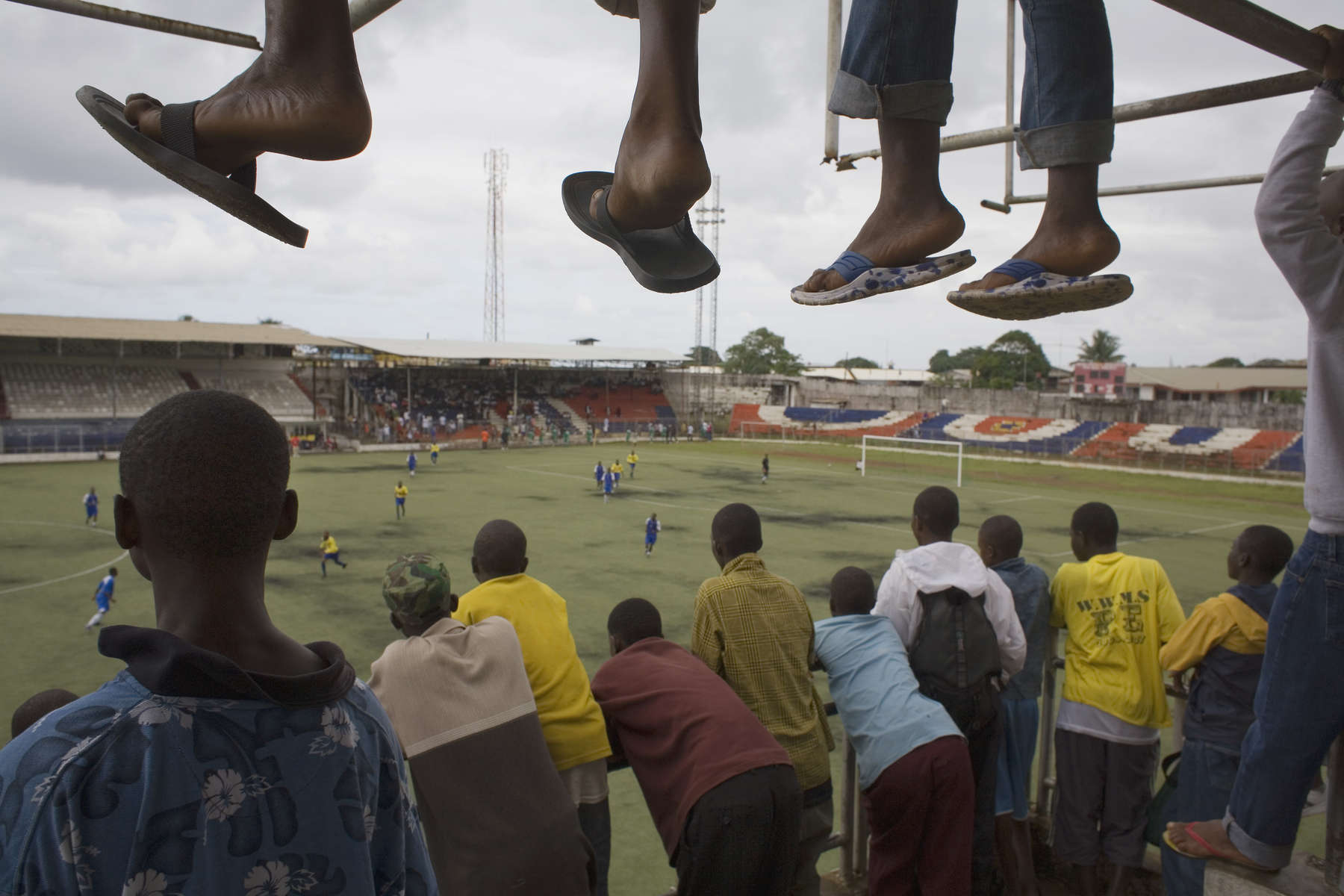 Football fans watch a league three match from the stands of the Antoinette Tubman Stadium, Headquarters of the Liberian Football Association. After over a decade of civil war that wrecked the nation, football is helping bring communities back together.