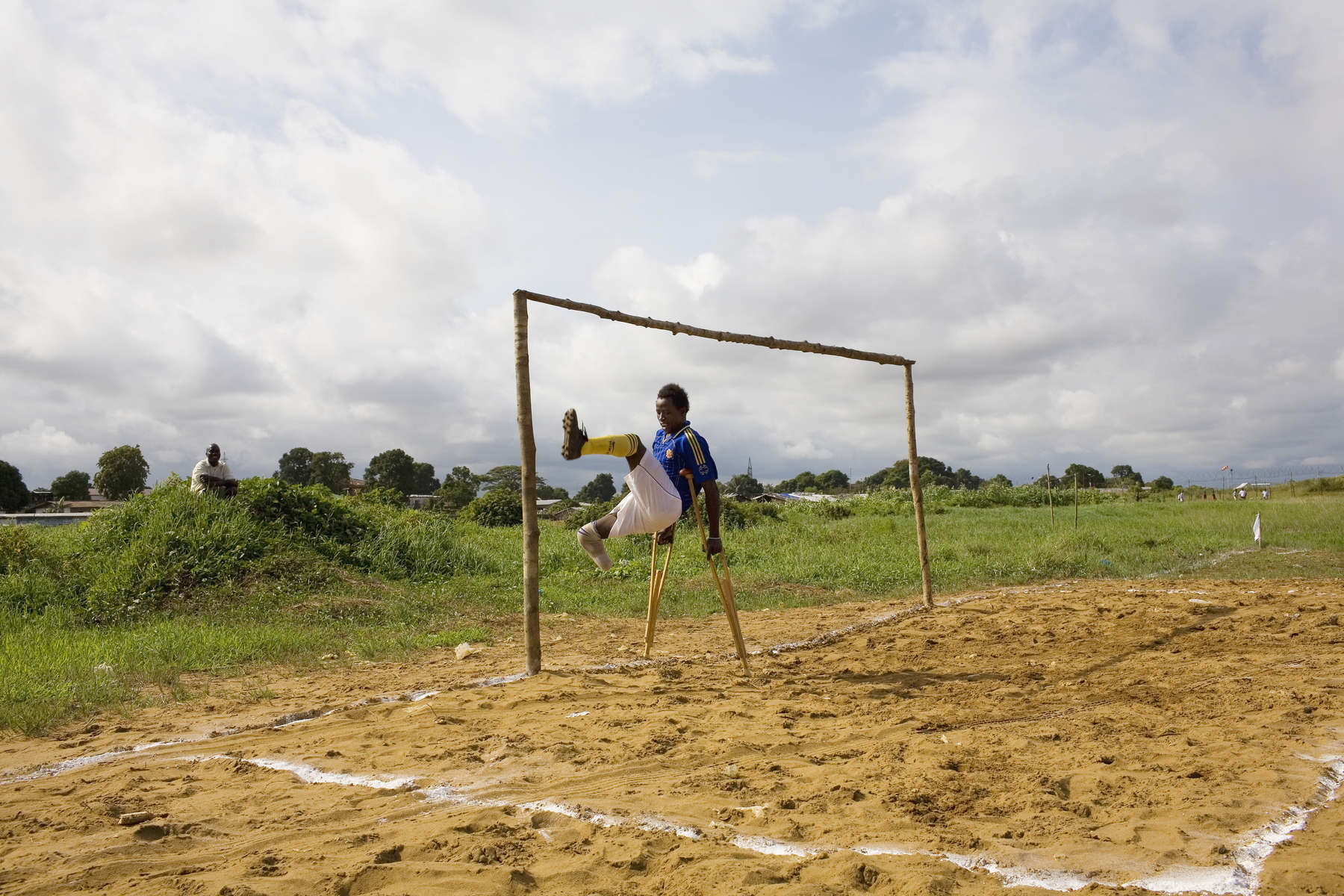 An amputee exercises on a pitch modified for amputee matches. The goal is half the size of the orthodox version.