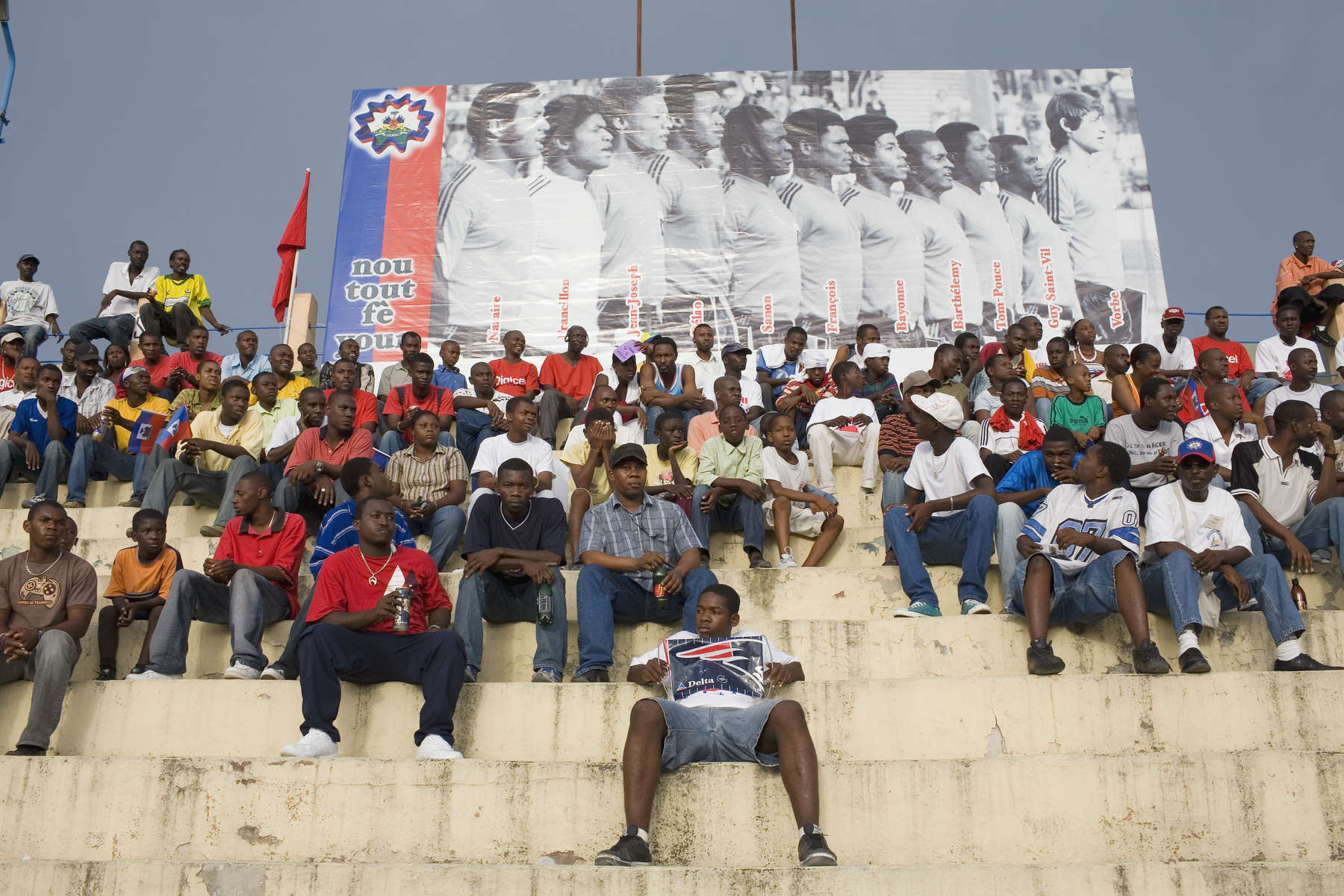 Haitian football fans watch the national under 17 team achieve victory over older boys playing for the USA's Cleveland Cavaliers. The poster shows the team that qualified In 1974 for a place at the World Cup Finals. 33 revolutionary years later the impoverished country's under 17 team played at the FIFA U-17 World Cup Finals in South Korea.