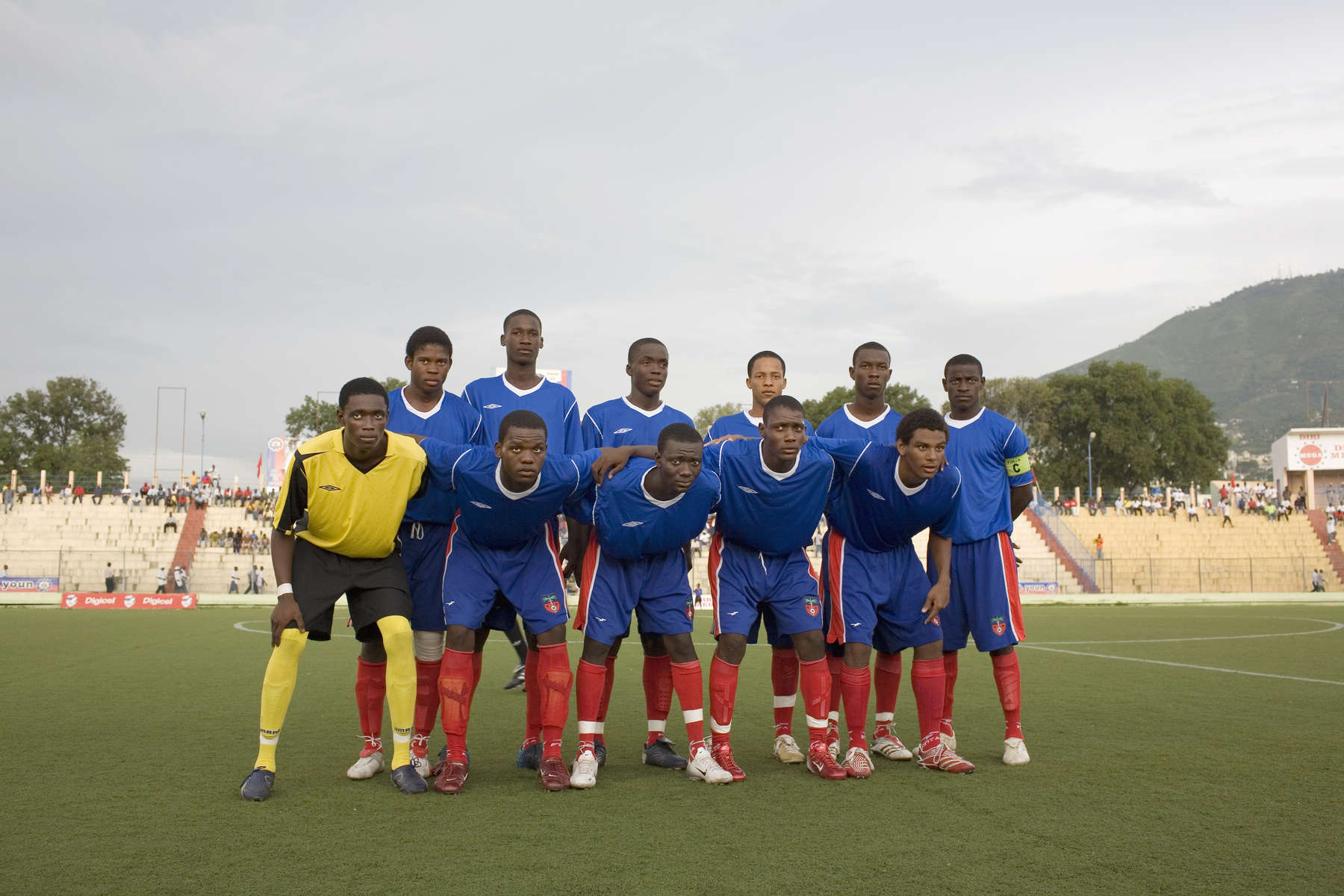 The Haitian under 17 team pose for a photograph before a match against the USA's Cleveland Cavalier's at the Sylvio Cator Stadium. They went on to win the game. In 1974 Haiti won a place at the World Cup Finals. 33 revolutionary years later the impoverished country's under 17 team played at the FIFA U-17 World Cup Finals in South Korea.