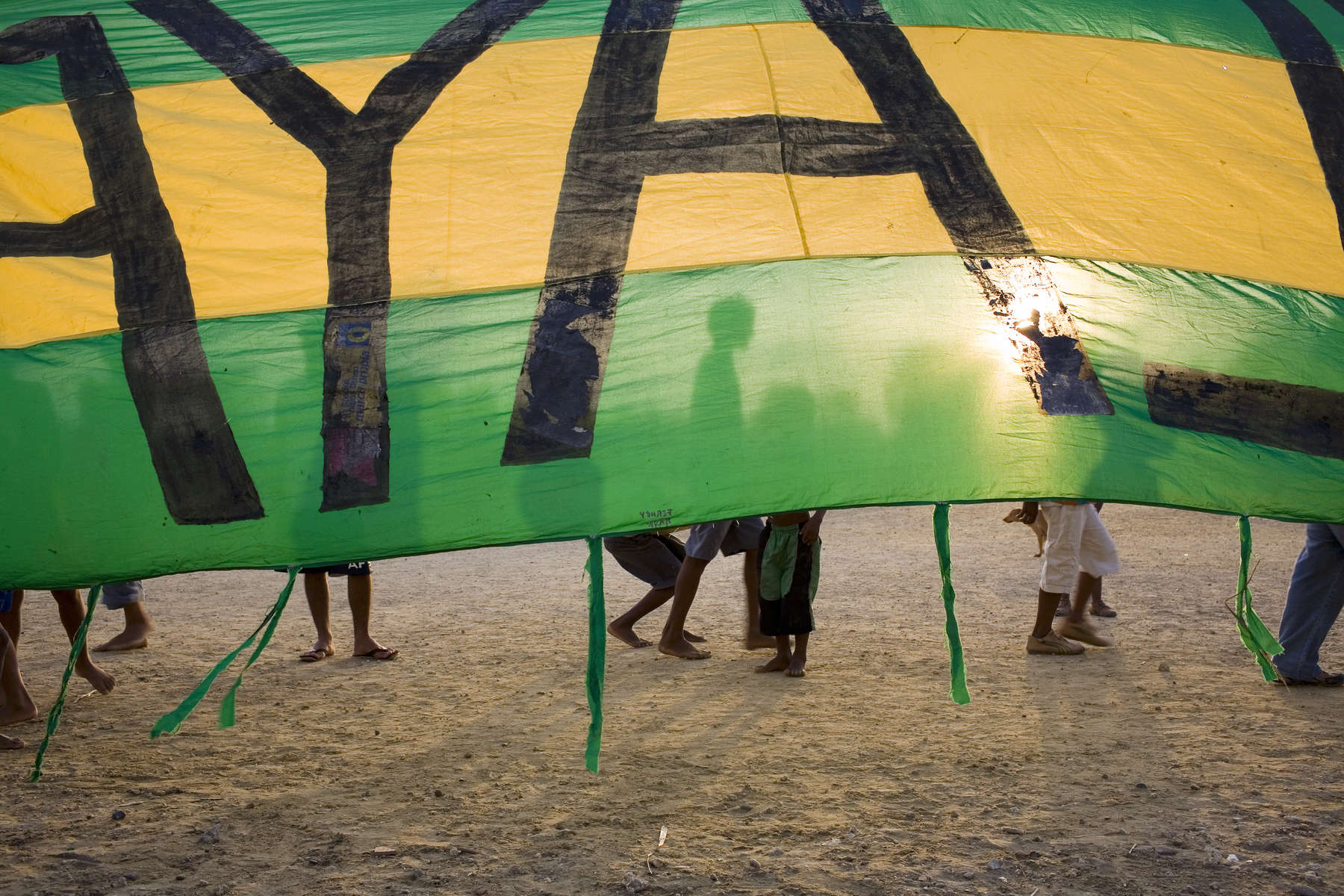 Fans parade past the local flag of the 'Colombianito's' football team after a match at the centre in Cartagena. The 'Colombianito's' charity aims to use kids passion for the game to keep them in school and away from street gangs.