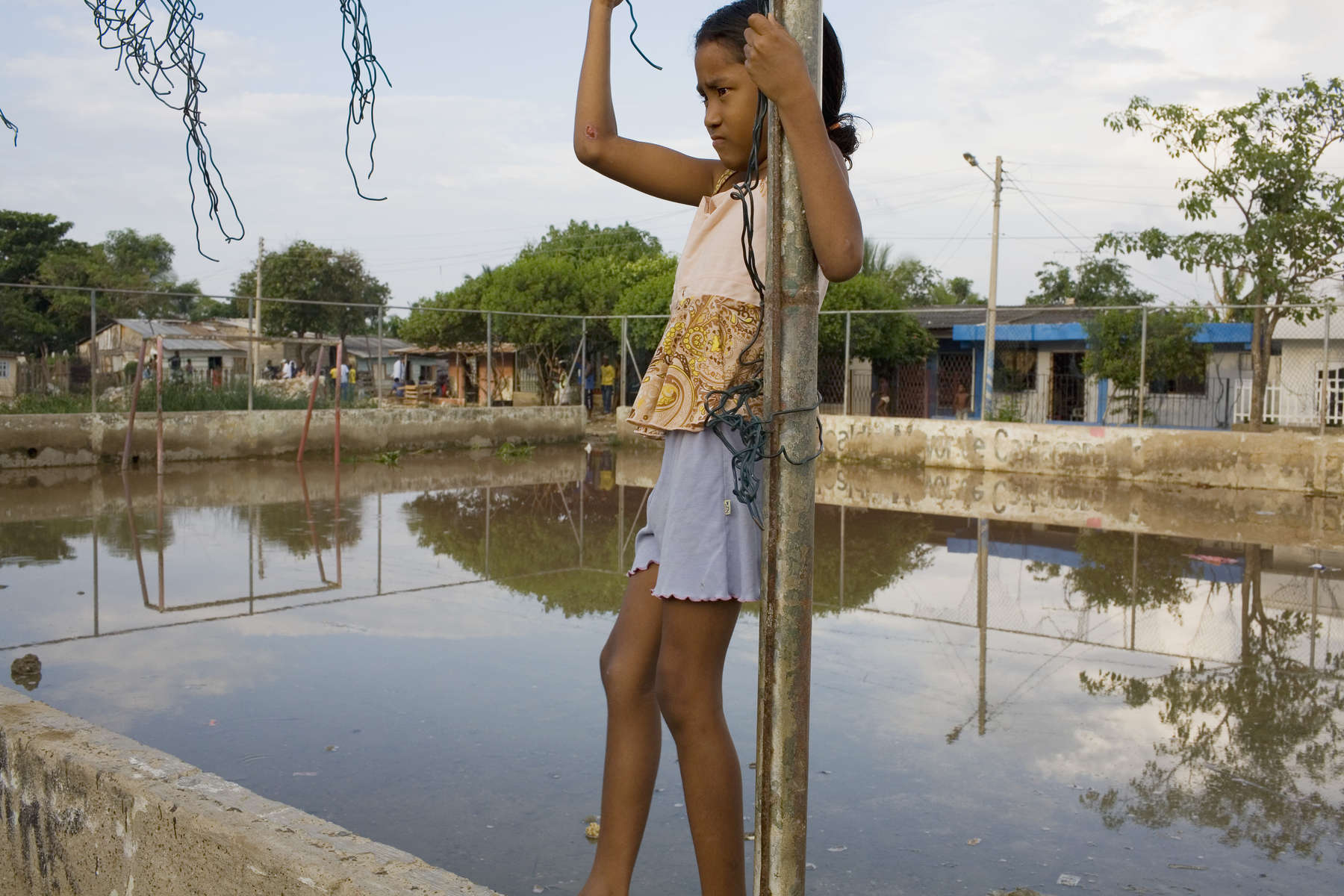 A young girl plays next to a water logged football pitch in her neighbourhood situated just outside the Colombian coastal city of Cartagena.. 'Goals For a Better Life' is a programme run by the 'Colombianito's' charity. They have set up a programme in the area which aims to use football as a focus to keep kids away from gangs and prostitution rings.