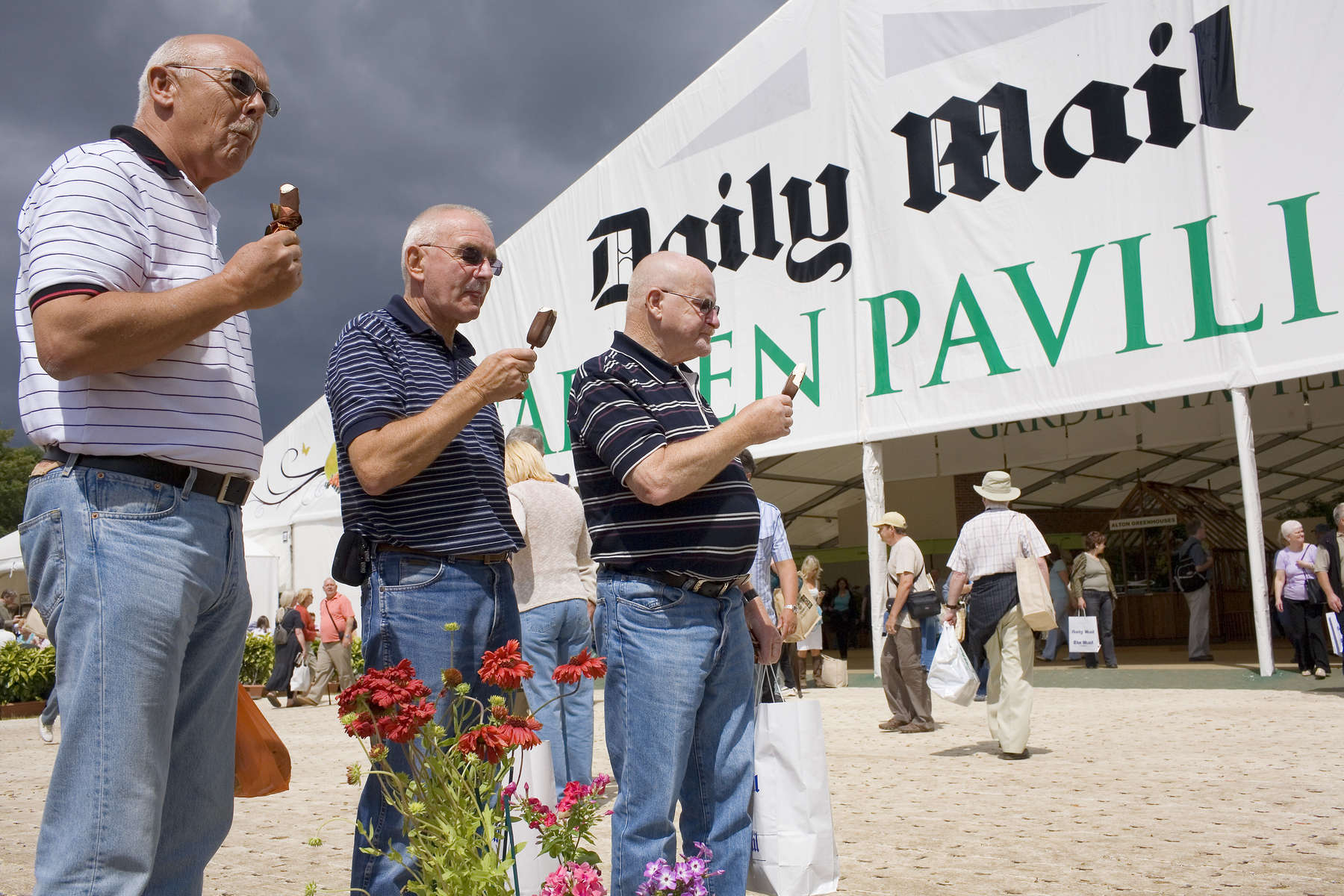 Three men eat ice creams as they wait with a bag of plants for their partners outside the Daily Mail sponsored marquee at the Hampton Court Palace annual Royal Horticultural Society summer flower show. Hampton Court Palace is a former royal palace in the London Borough of Richmond Upon Thames. Thomas Wolsey, then Archbishop of York and Chief Minister to the King took over the lease in 1514 and rebuilt the 14th Century manor house over the next 7 years (1515-1521) to form the nucleus of the present palace before Henry VIII took it as his residence.