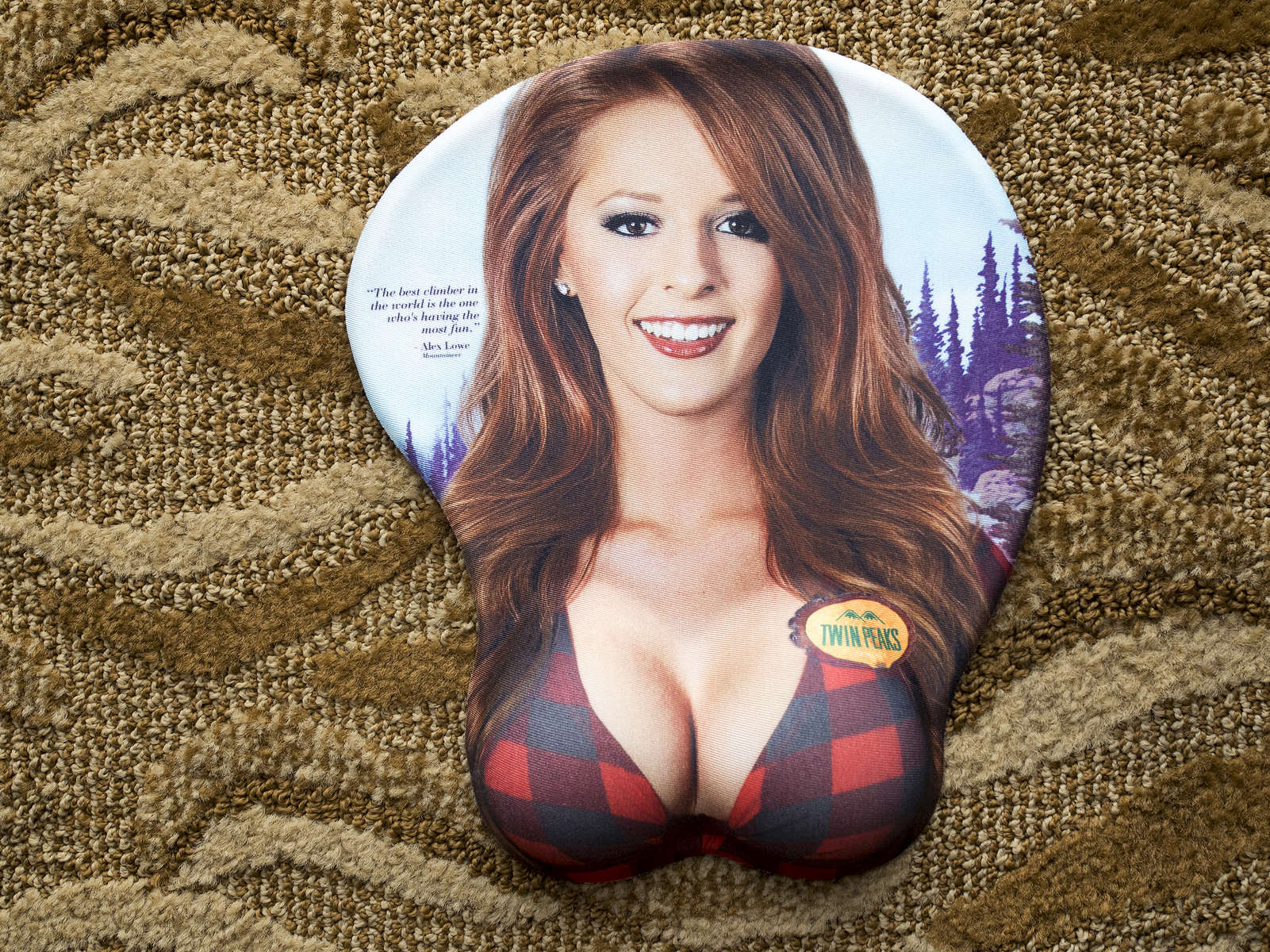 Twin Peaks is a chain of sports bars and restaurants (colloquially referred to as breastaurants[2]) based in Dallas, Texas.[3] The chain is known for having its waitresses dress in revealing uniforms that consist of cleavage- and midriff-revealing red plaid (or sometimes black bikini) tops, as well as khaki short shorts.[4] At other times, waitresses wear revealing seasonal or themed outfits.[5] Restaurants are decorated in the theme of a wilderness lodge and serve a mix of American, Southwest and Southern cuisines as well as alcohol.[6] The chain's slogan is "Eats. Drinks. Scenic Views."