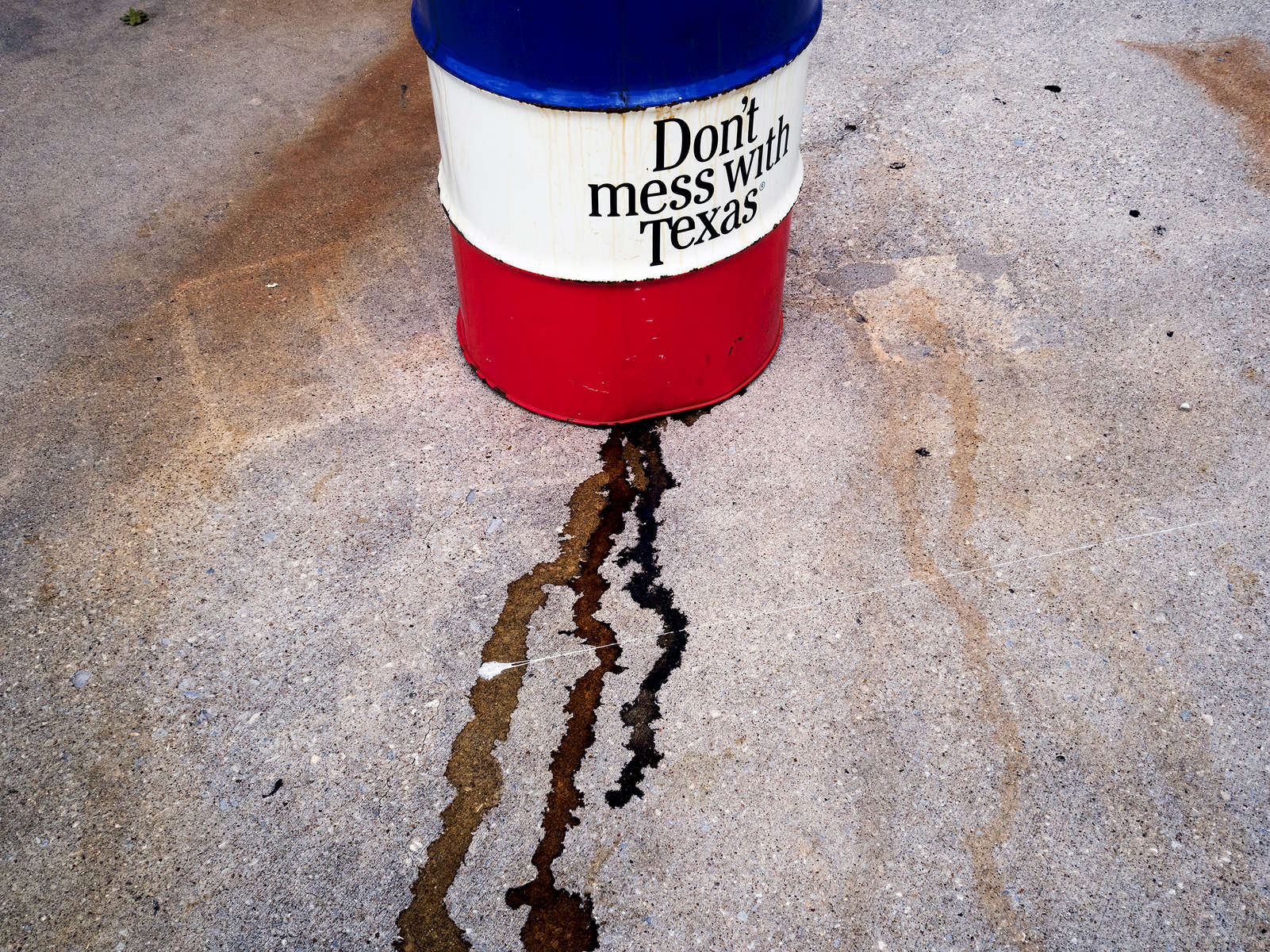 'Don't mess with Texas' a bin outside Globe Life Park, a stadium in Arlington, Texas, located between Dallas and Fort Worth. It is home to the American League's Texas Rangers baseball team, and the Texas Rangers Baseball Hall of Fame.