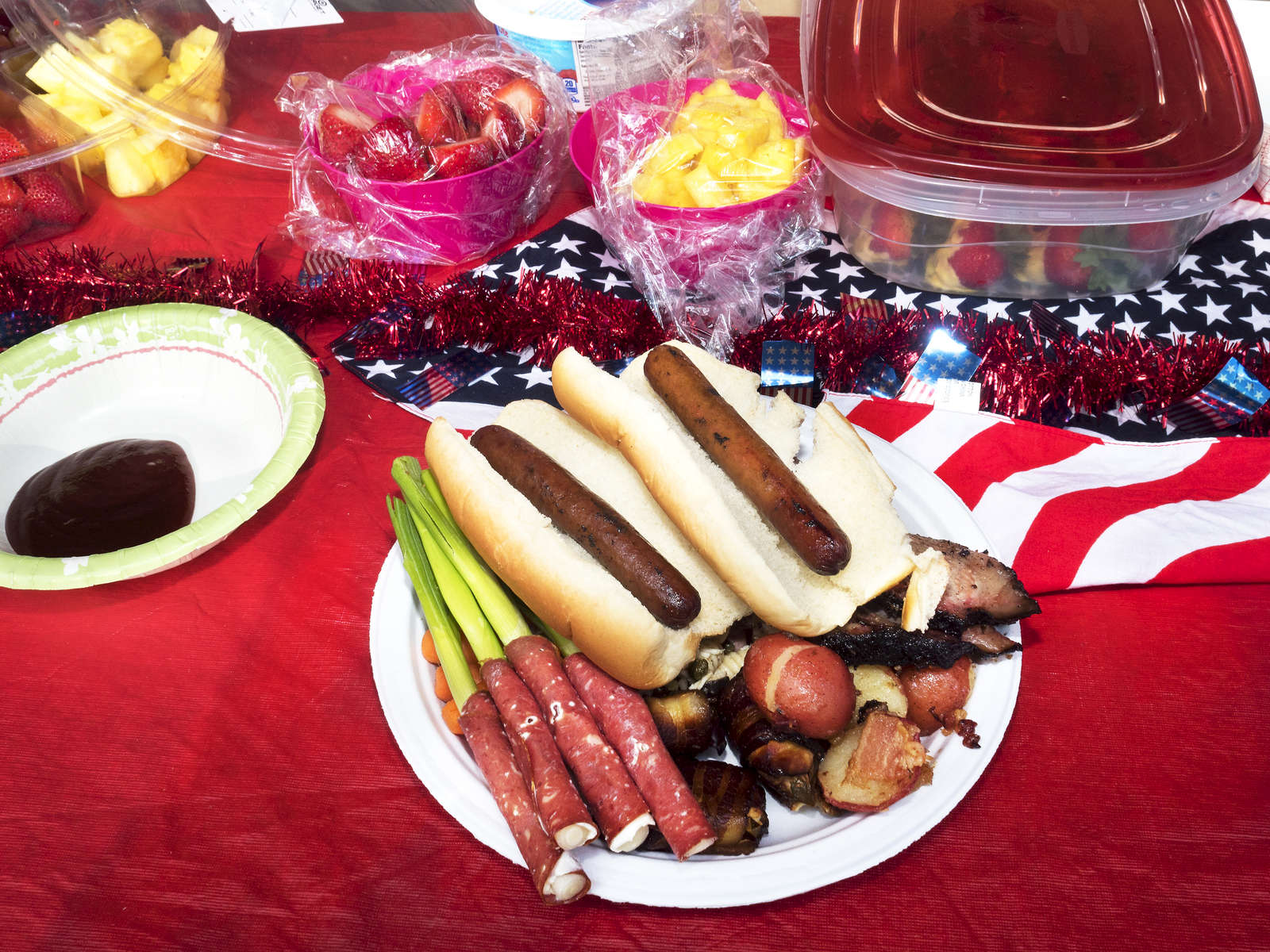 Food at a 4th July Independence Day celebration BBQ at the north Fort Worth rural home of Keith Ward for his friends and work colleagues.