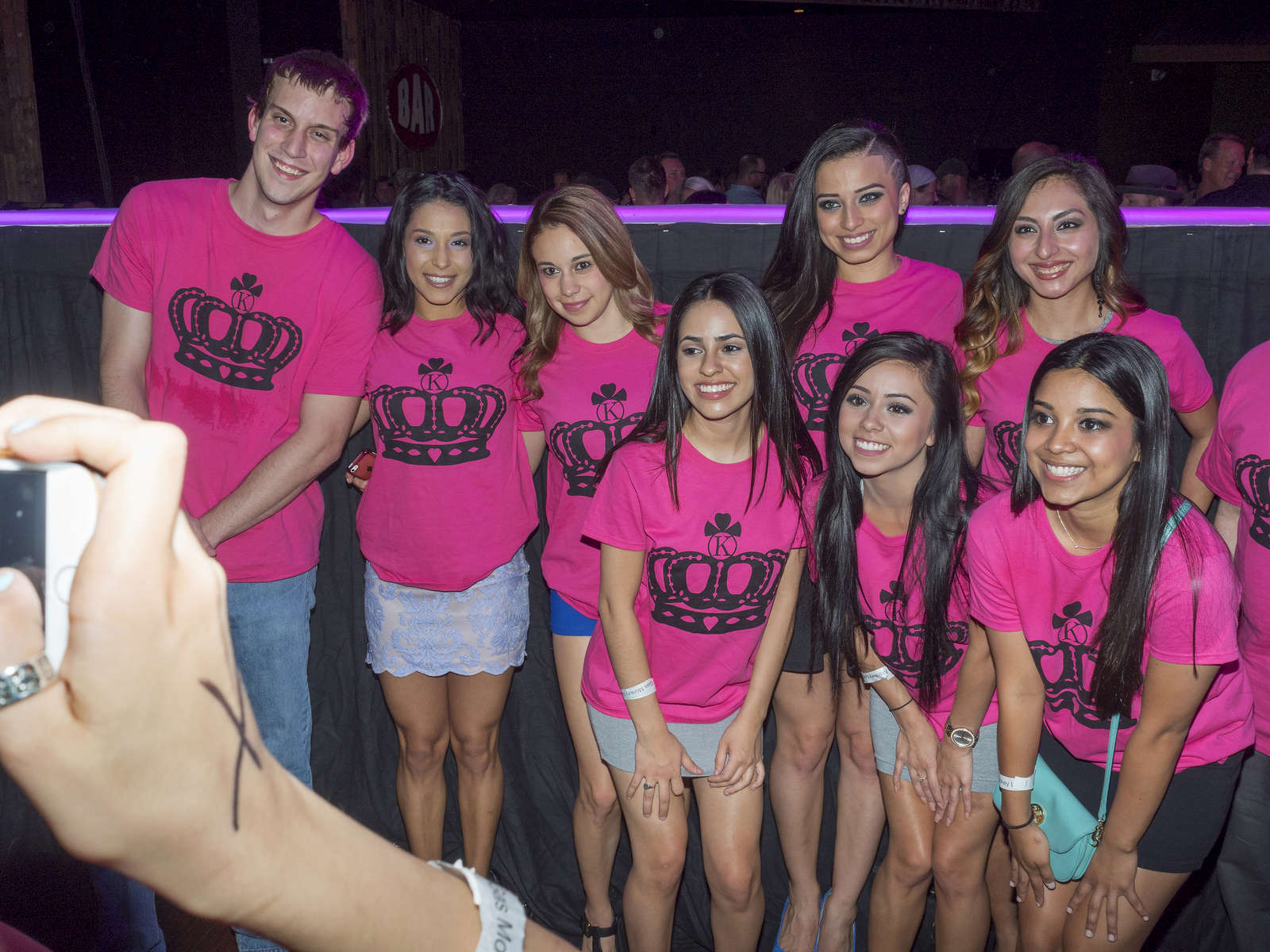 Guests pose for a photograph by the stage at the Twin Peaks 2015 National Bikini Contest where around 68 girls from the USA competed for the crown for Miss Twin Peaks 2015, hosted at Gas Monkey Live, Dallas on the 24th June.