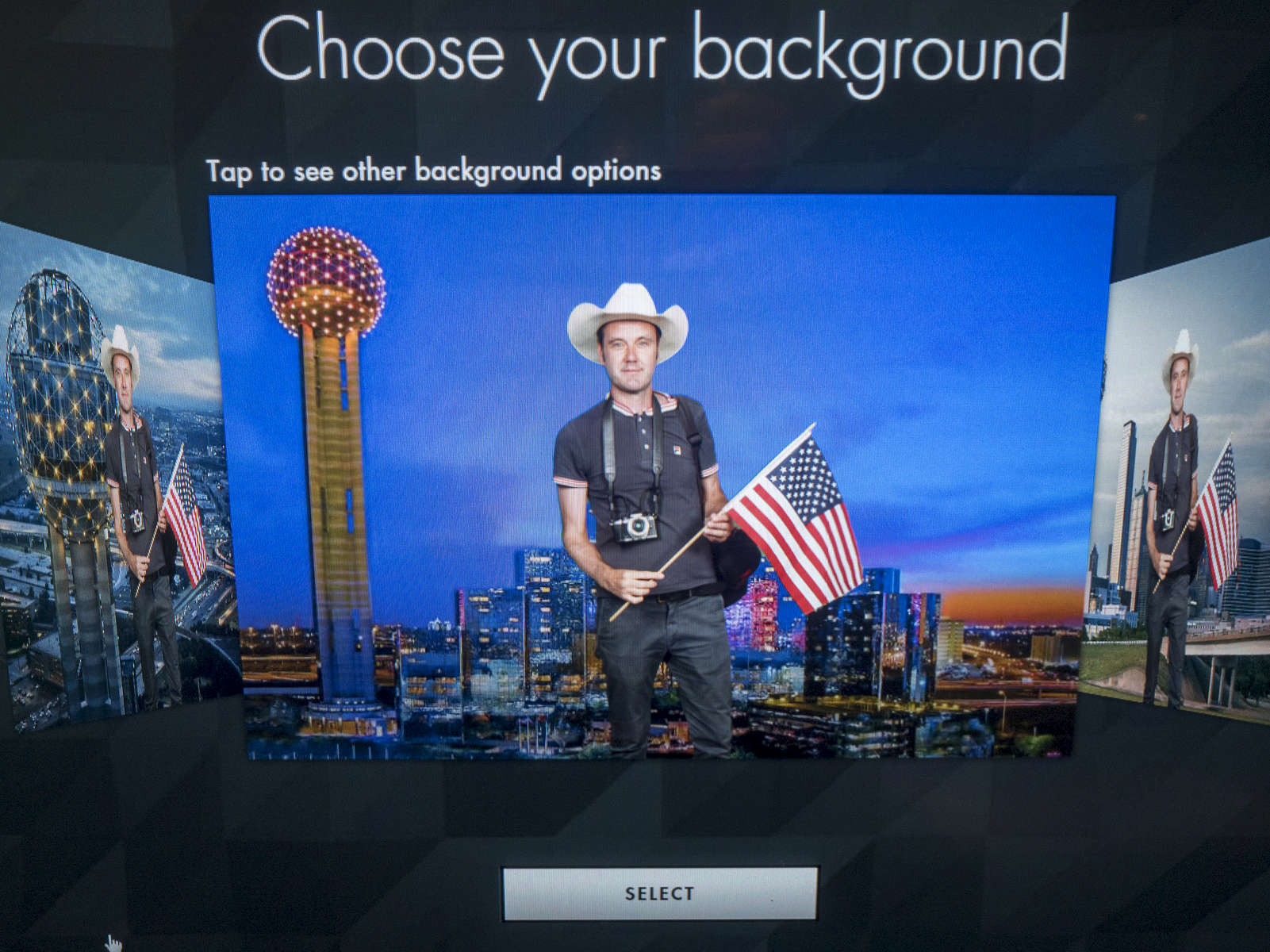 Photographer Peter Dench chooses his background for a souvenir photograph taken at the Reunion Tower Dallas.