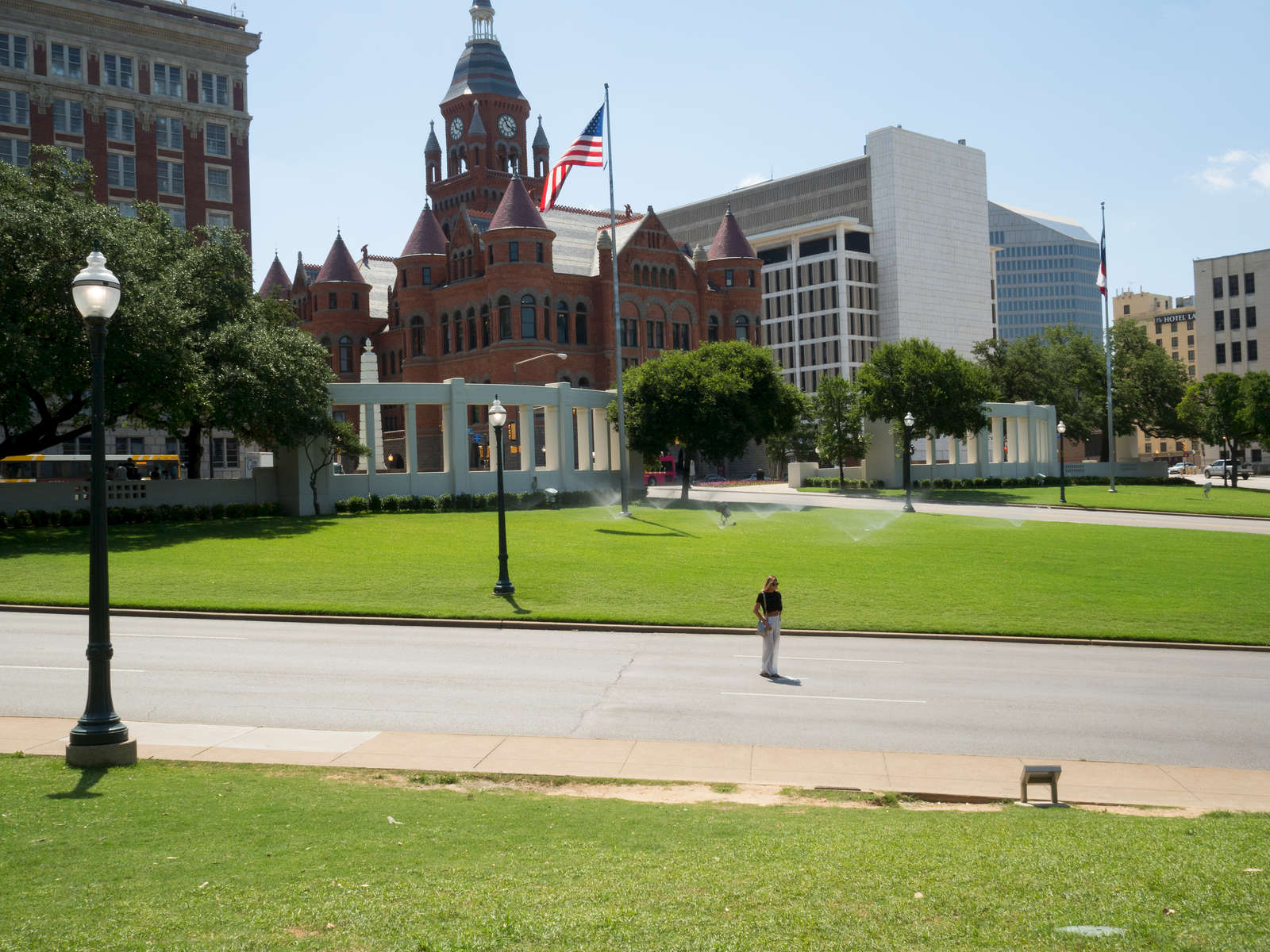 A woman poses for a photograph stood on the X that marks the approximate spot of the assasination of the 35th president of the United States, John F. Kennedy, in Dealey Plaza, Dallas.