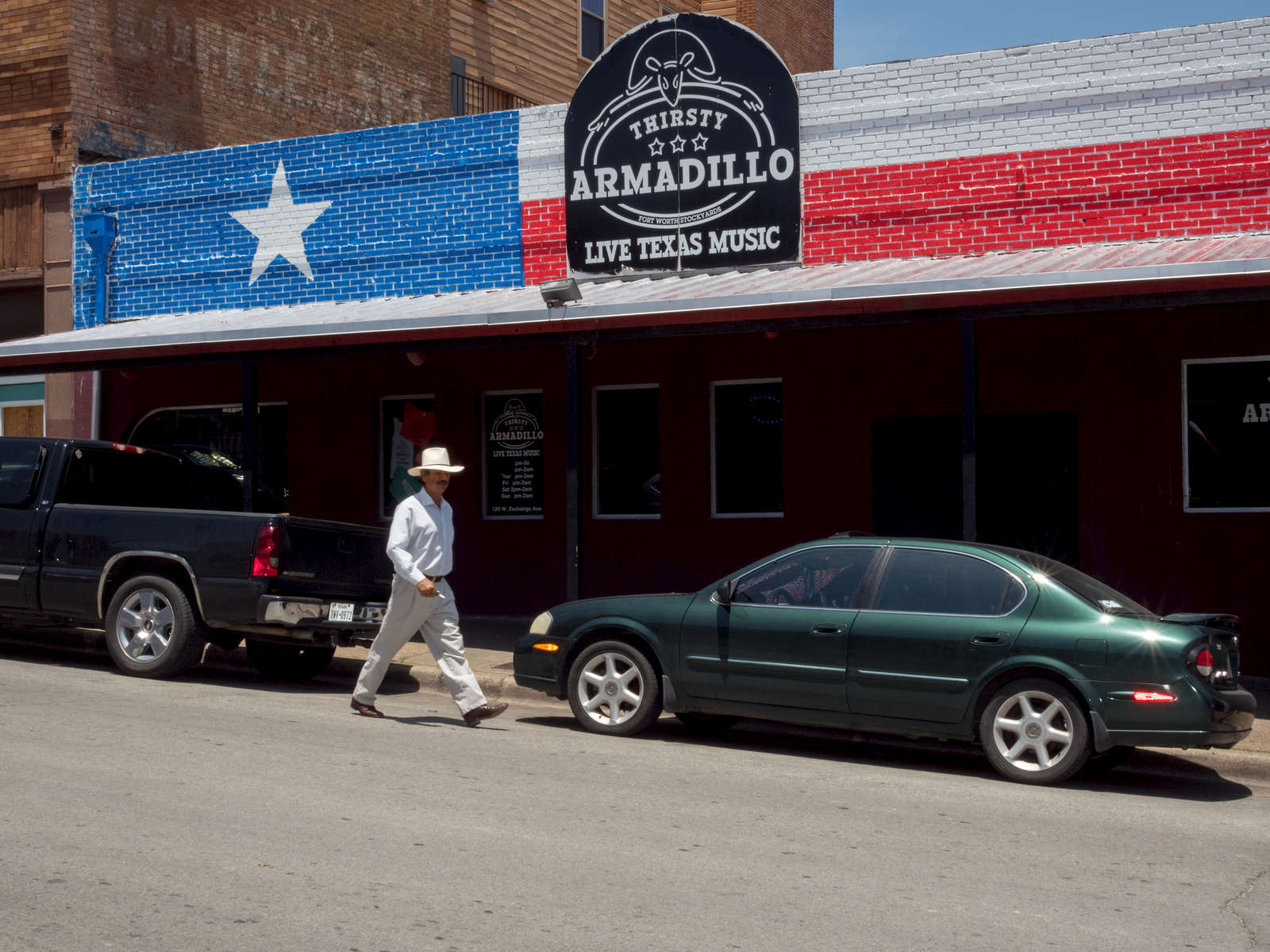 A man walks past the Armadillo bar on West Exchange Avenue, Stockyards, Fort Worth.