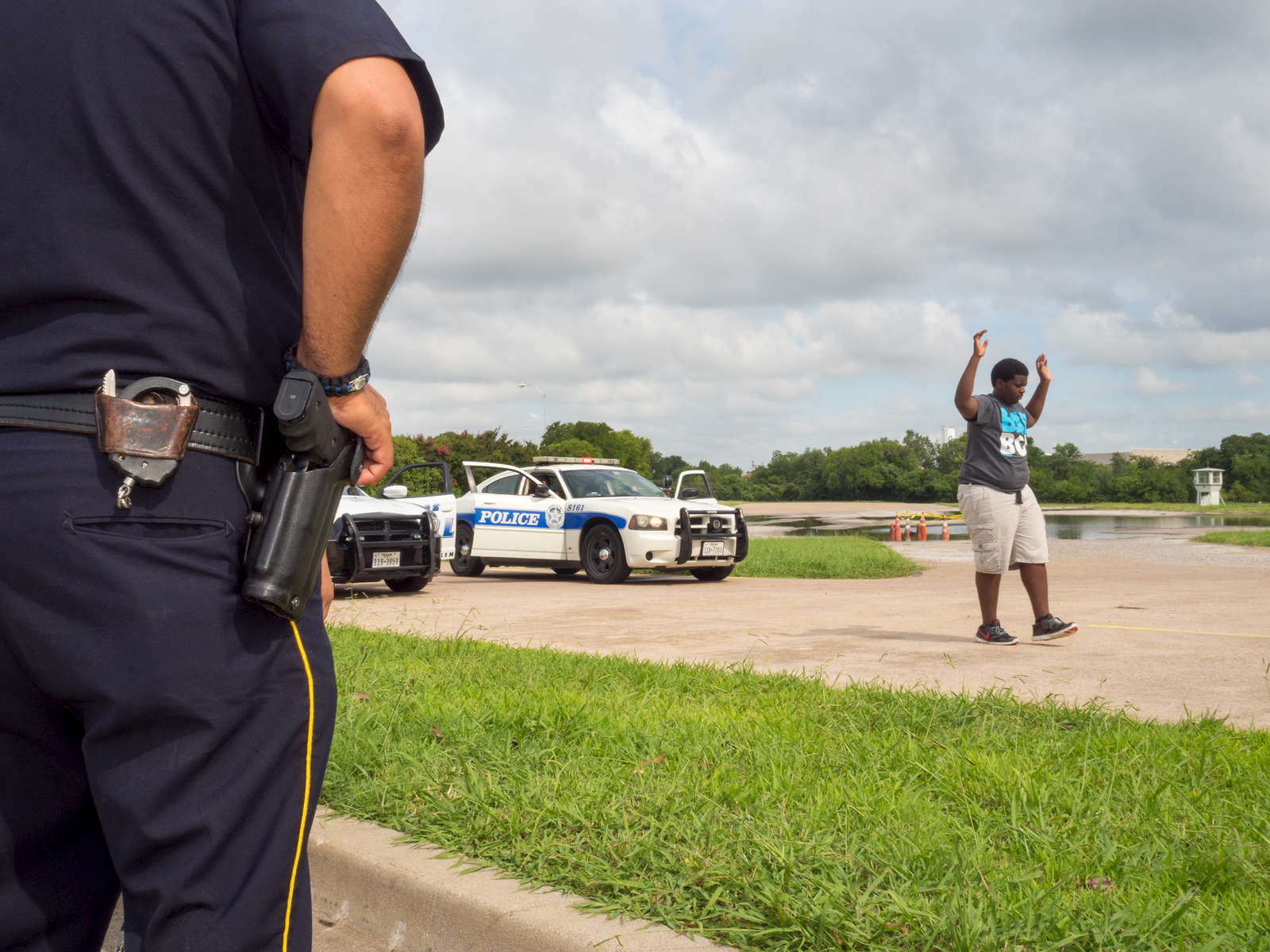 A demonstration of a Felony Traffic Stop by Dallas Police Explorers [DPE].

The DPE program is designed to acquaint young people with the nature and complexity of law enforcement.