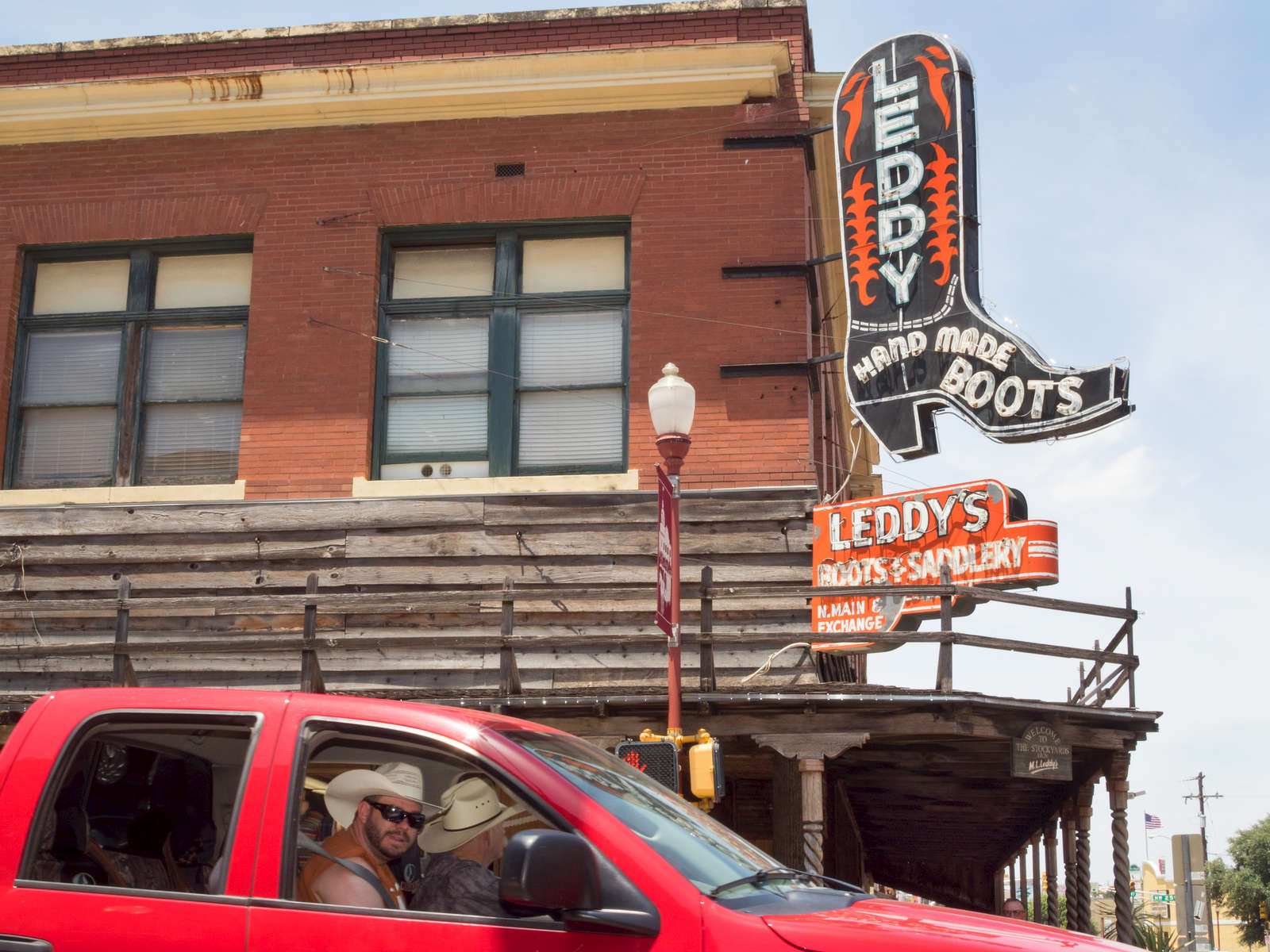 Men wearing cowboy hats drive a red truck past M. L. Leddy's, an Iinstitution selling handmade custom boots & saddles plus other his-&-hers Western wear since 1923 in the Stockyards district of Fort Worth.