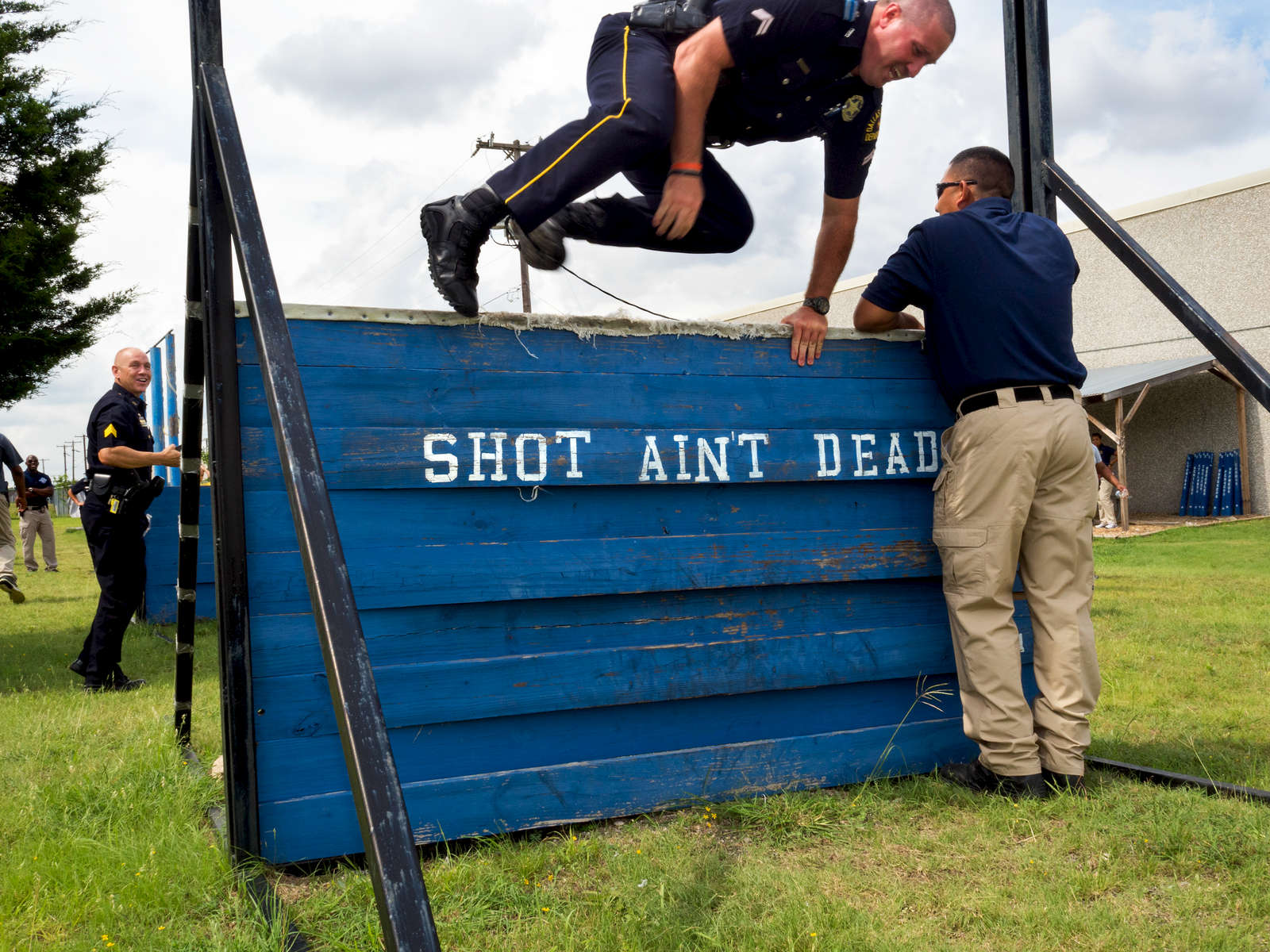 A Dallas Police Officer shows how to navigate the obsticle course to participants attending the basic class at the Dallas Junior Police Academy.