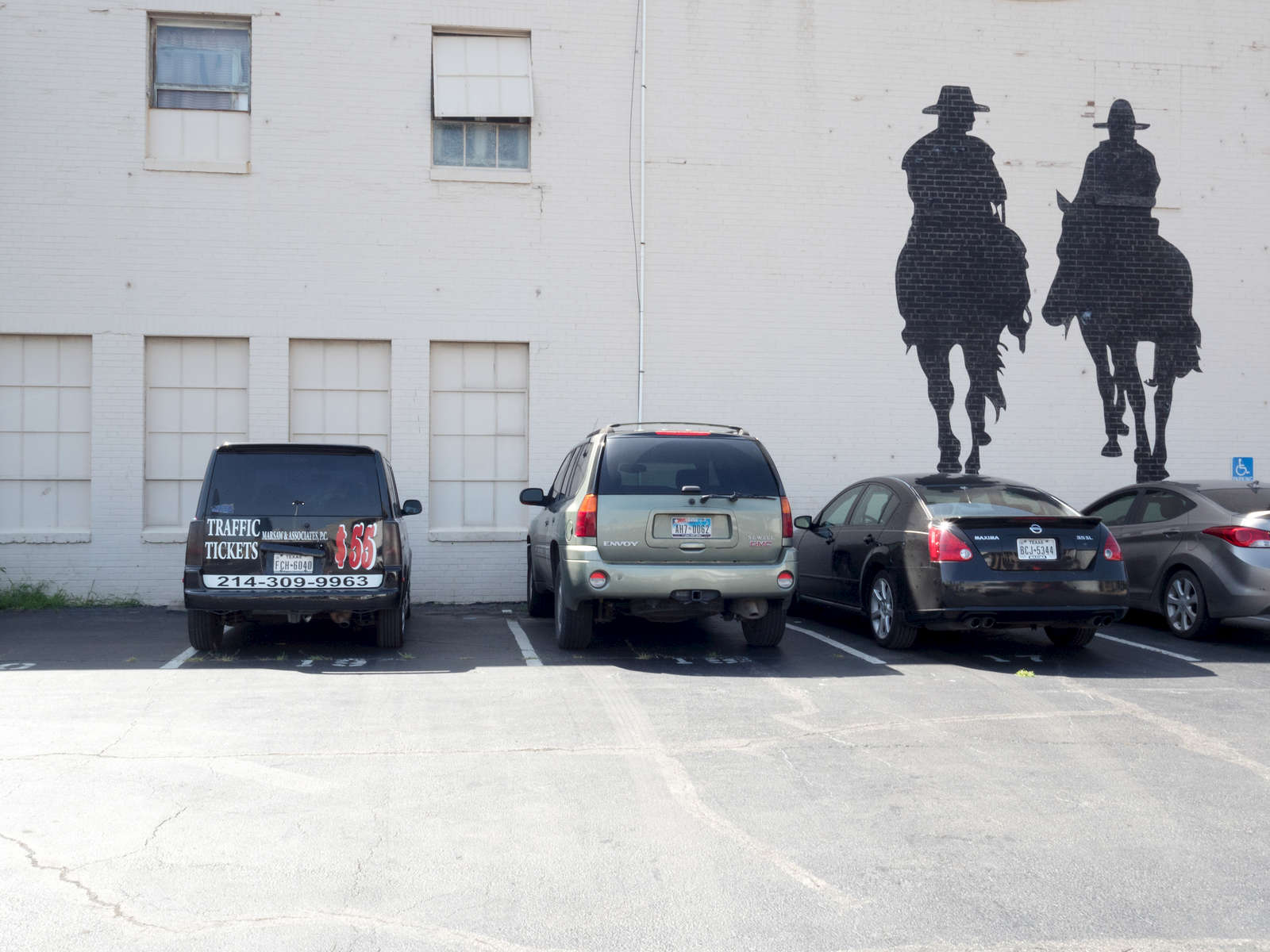 Cowboys painted on to the wall of a car park in south Dallas.