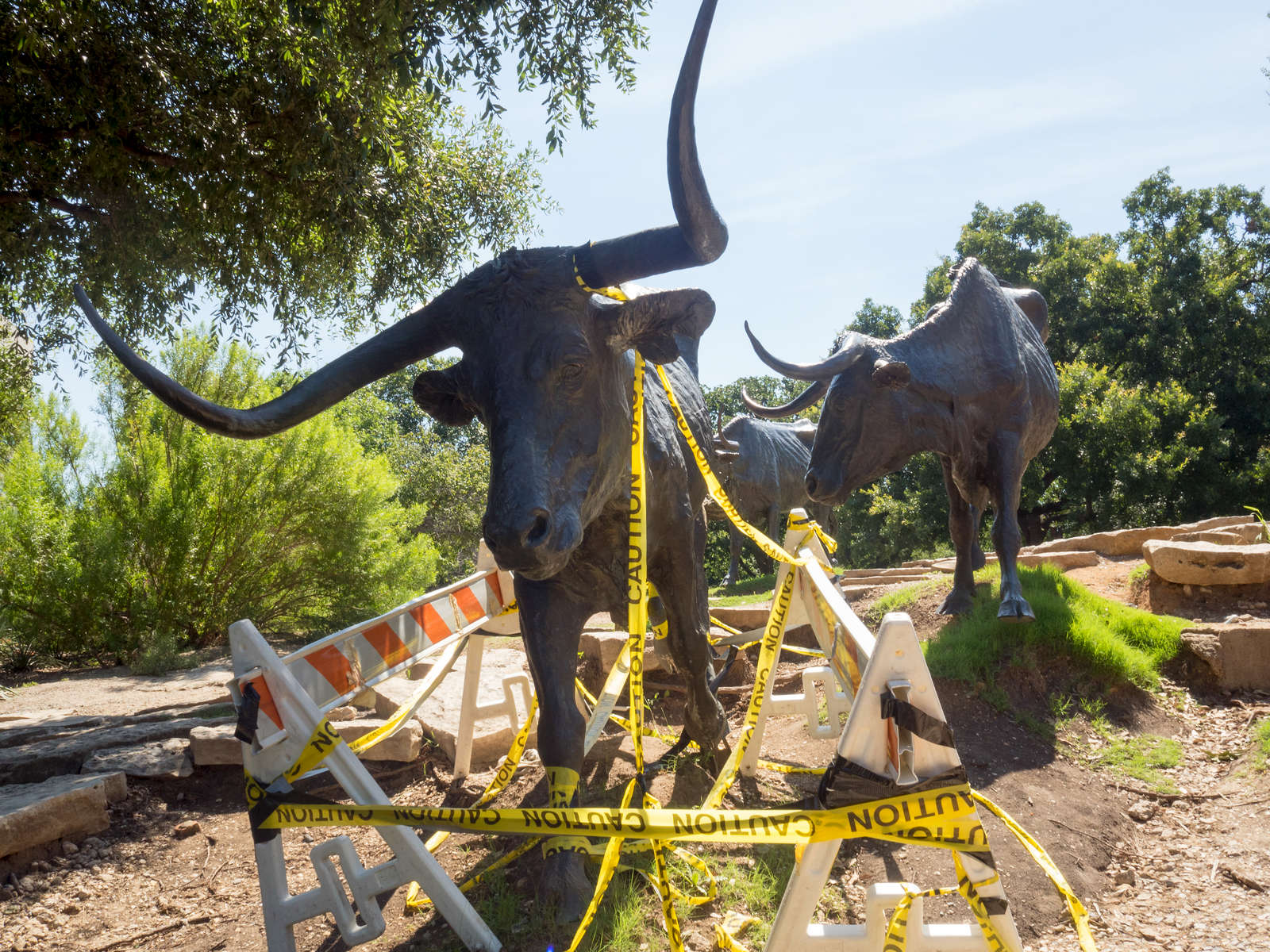 A detail of a sculpture in Pioneer Plaza that commemorates nineteenth century cattle drives that took place along the Shawnee Trail, the earliest and easternmost route by which Texas longhorn cattle were taken to northern railheads.

Pioneer Plaza is a large public park located in the Convention Center District of downtown Dallas). It is the largest public open space in the Dallas central business district.