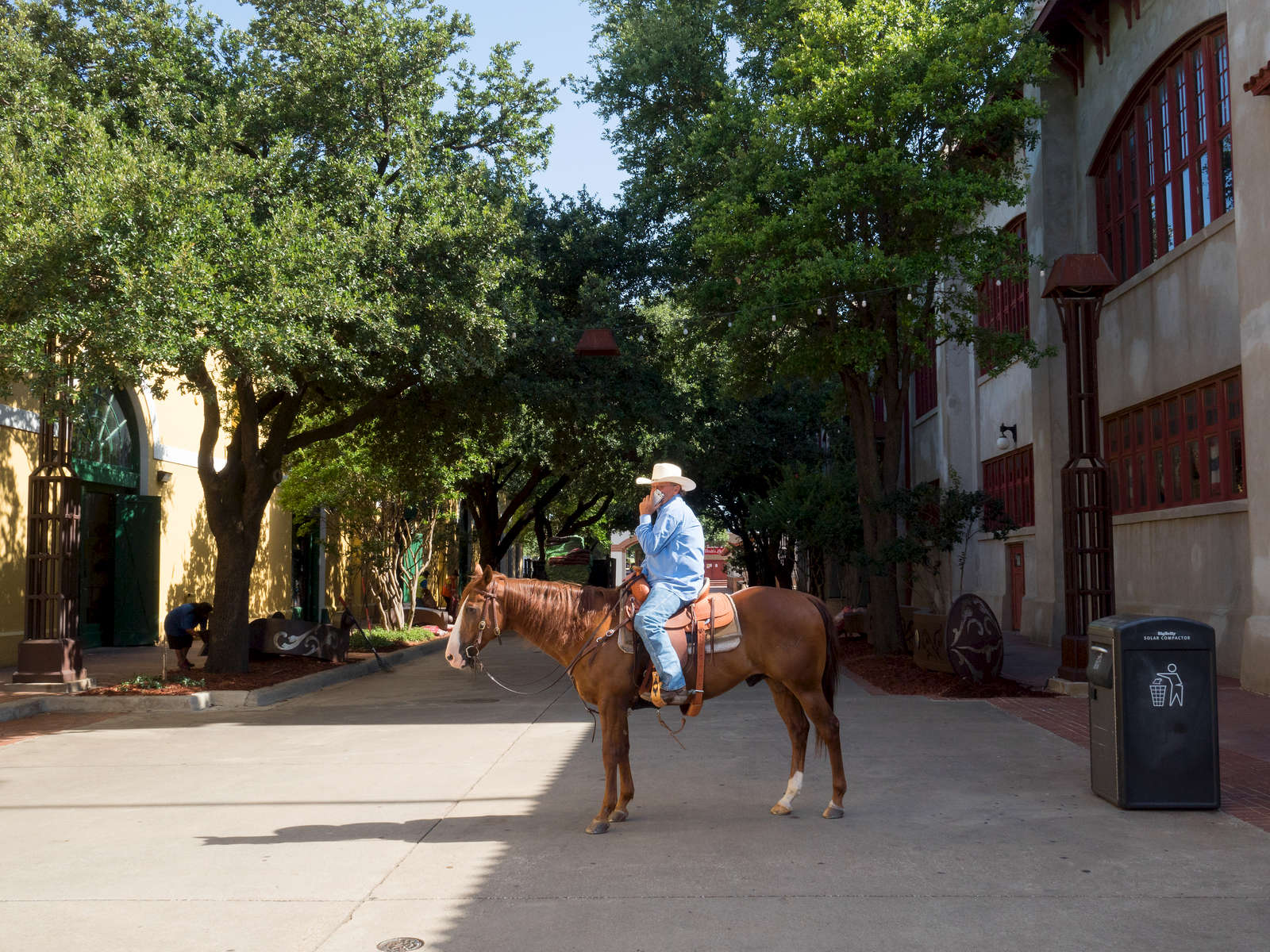 A man in a cowboy hat talks on his cell phone while sat on a horse.