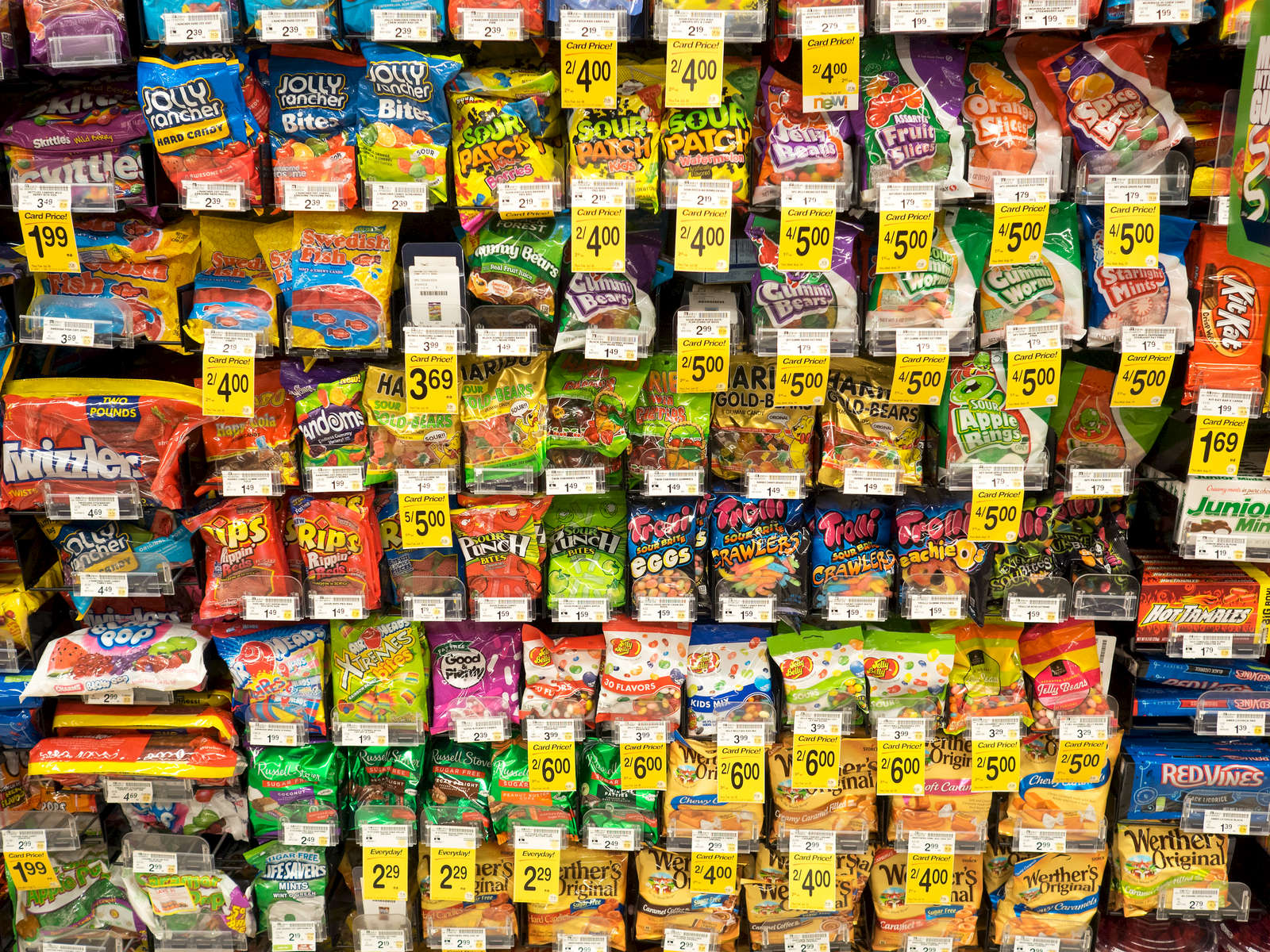 Sweets for sale in a supermarket in the Richardson district of Dallas.