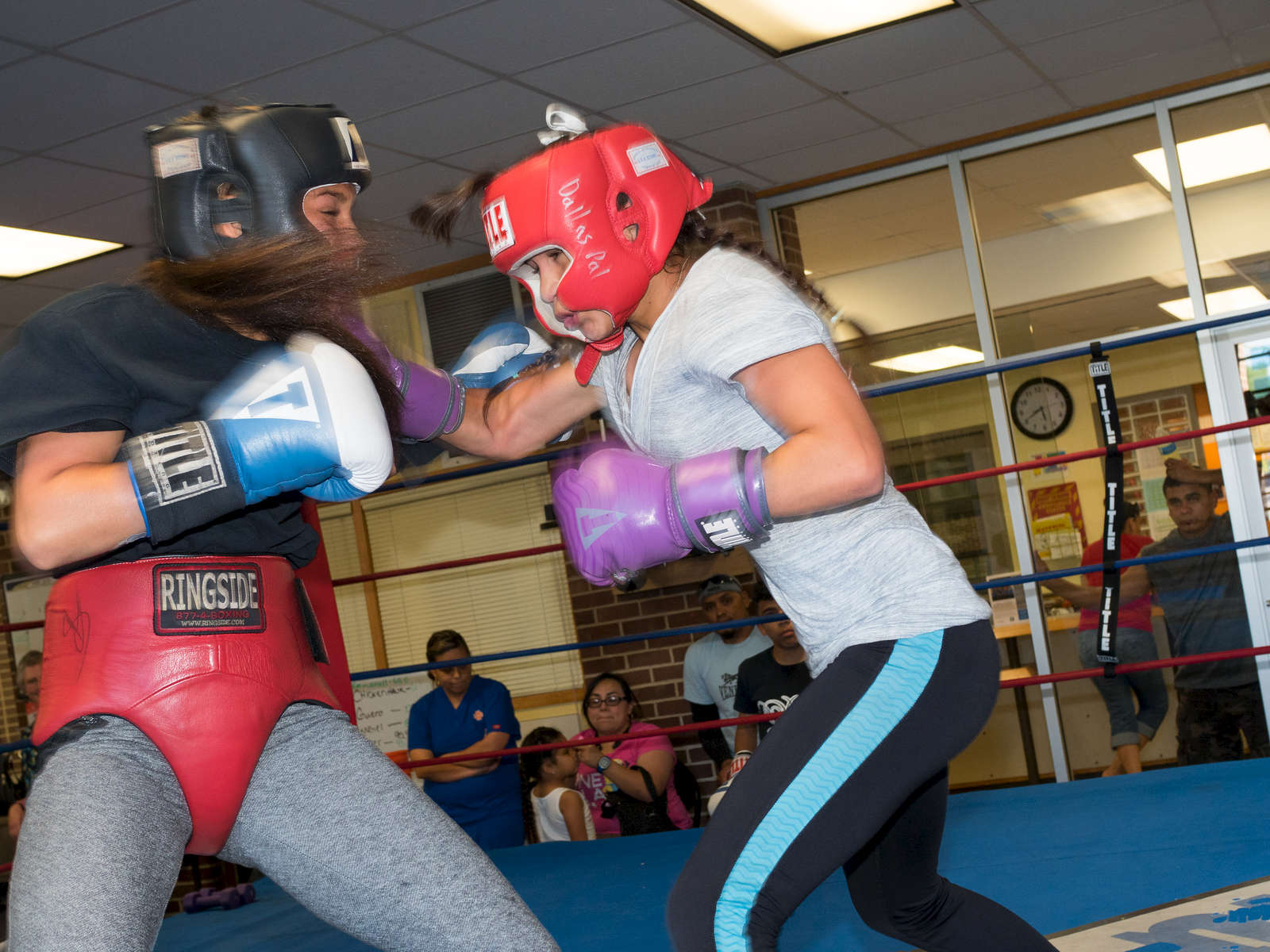 Girls box at a training camp at the J C Turner Recreational Center, organised by the Dallas Police Athletic League for kids from more underprivileged areas of Dallas.