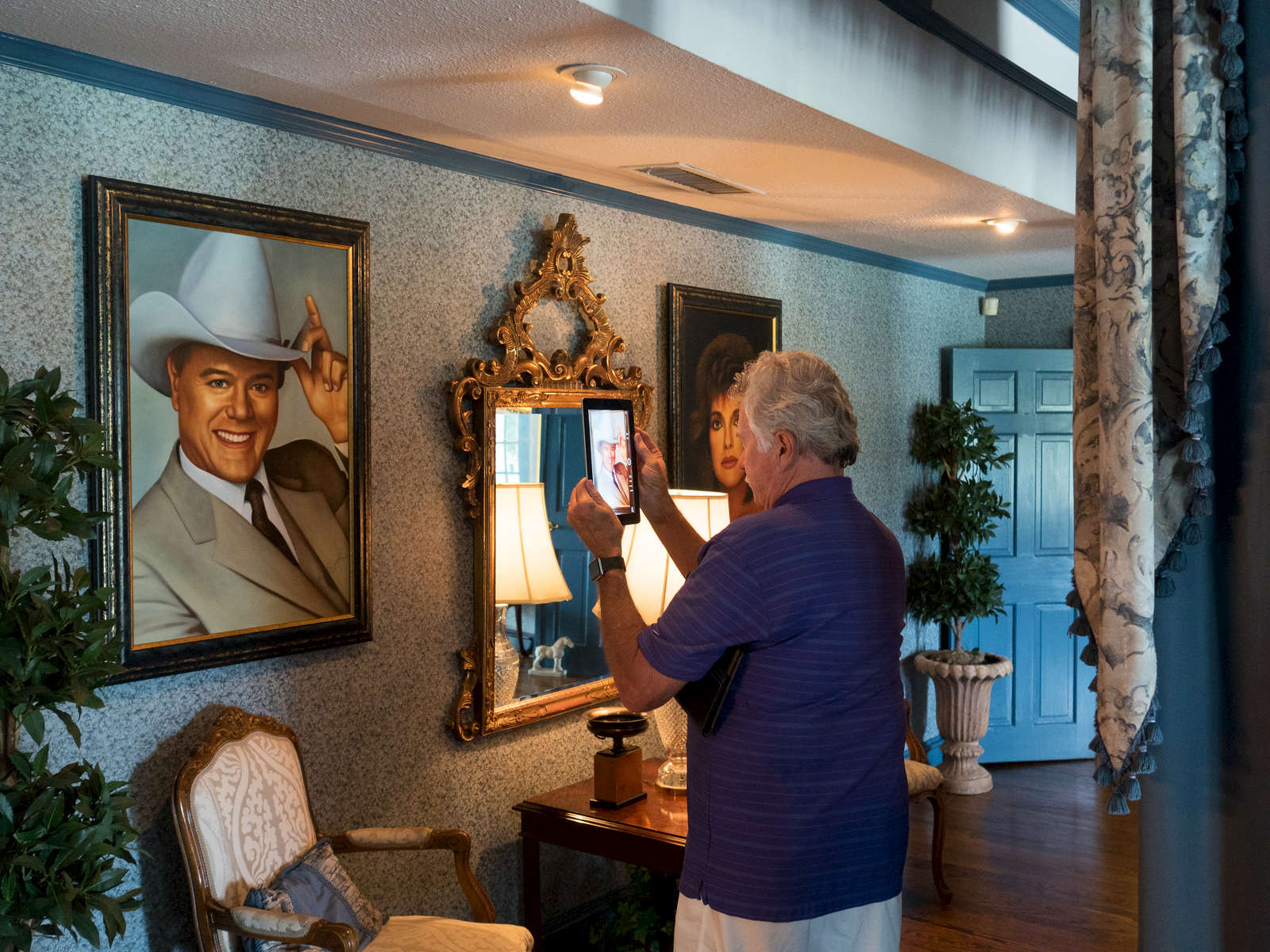 A visitor to the Southfork ranch takes a photograph of a painting of J. R. Ewing, one of the main characters from the TV show, Dallas, that aired from April 2, 1978, to May 3, 1991, on CBS. The series revolves around a wealthy and feuding Texan family, the Ewings, who own the independent oil company Ewing Oil and the cattle-ranching land of Southfork.