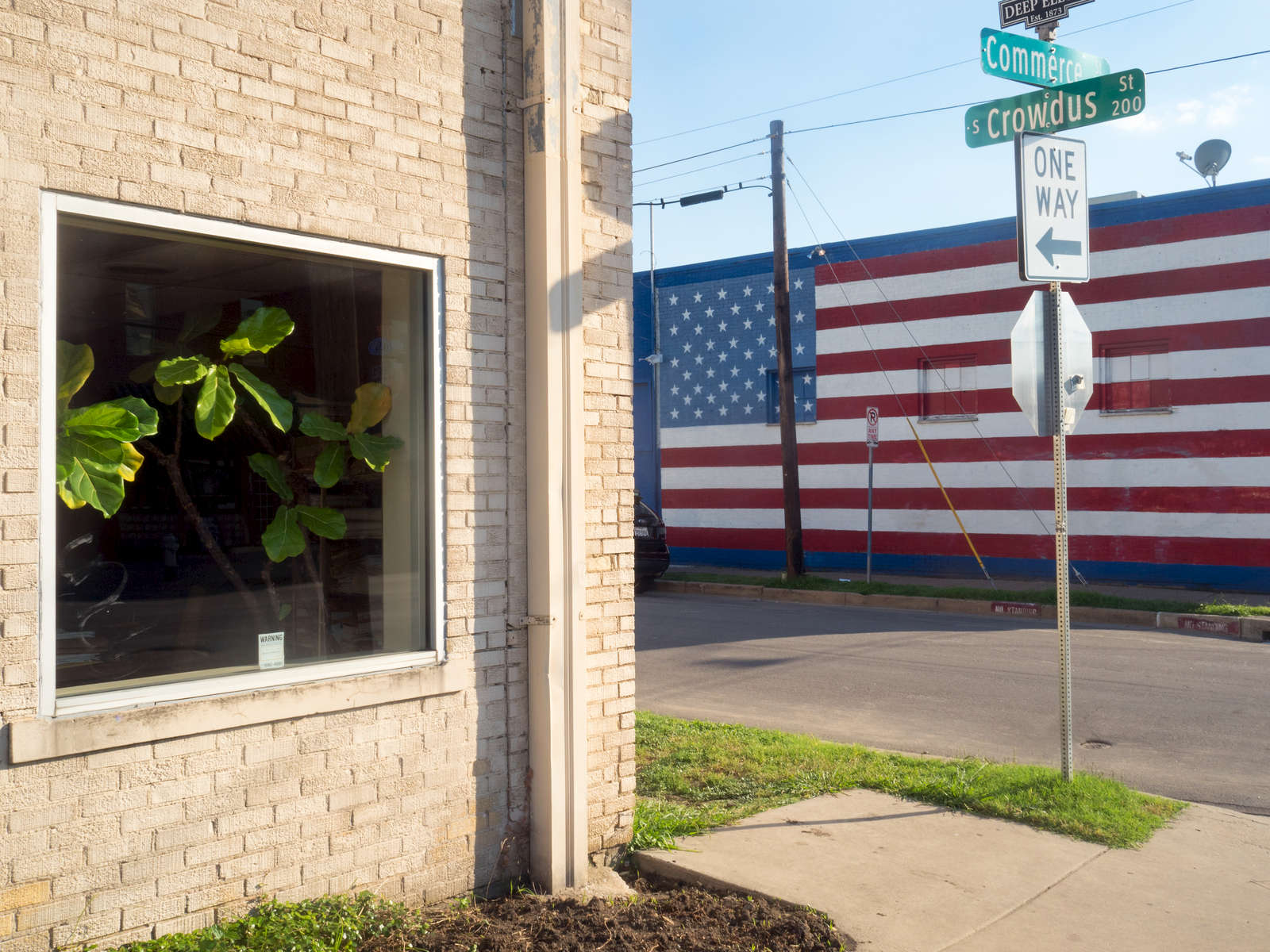 A murel of the Stars and Stripes flag on a buillding in Deep Ellum, a neighborhood composed largely of arts and entertainment venues near downtown in Old East Dallas.