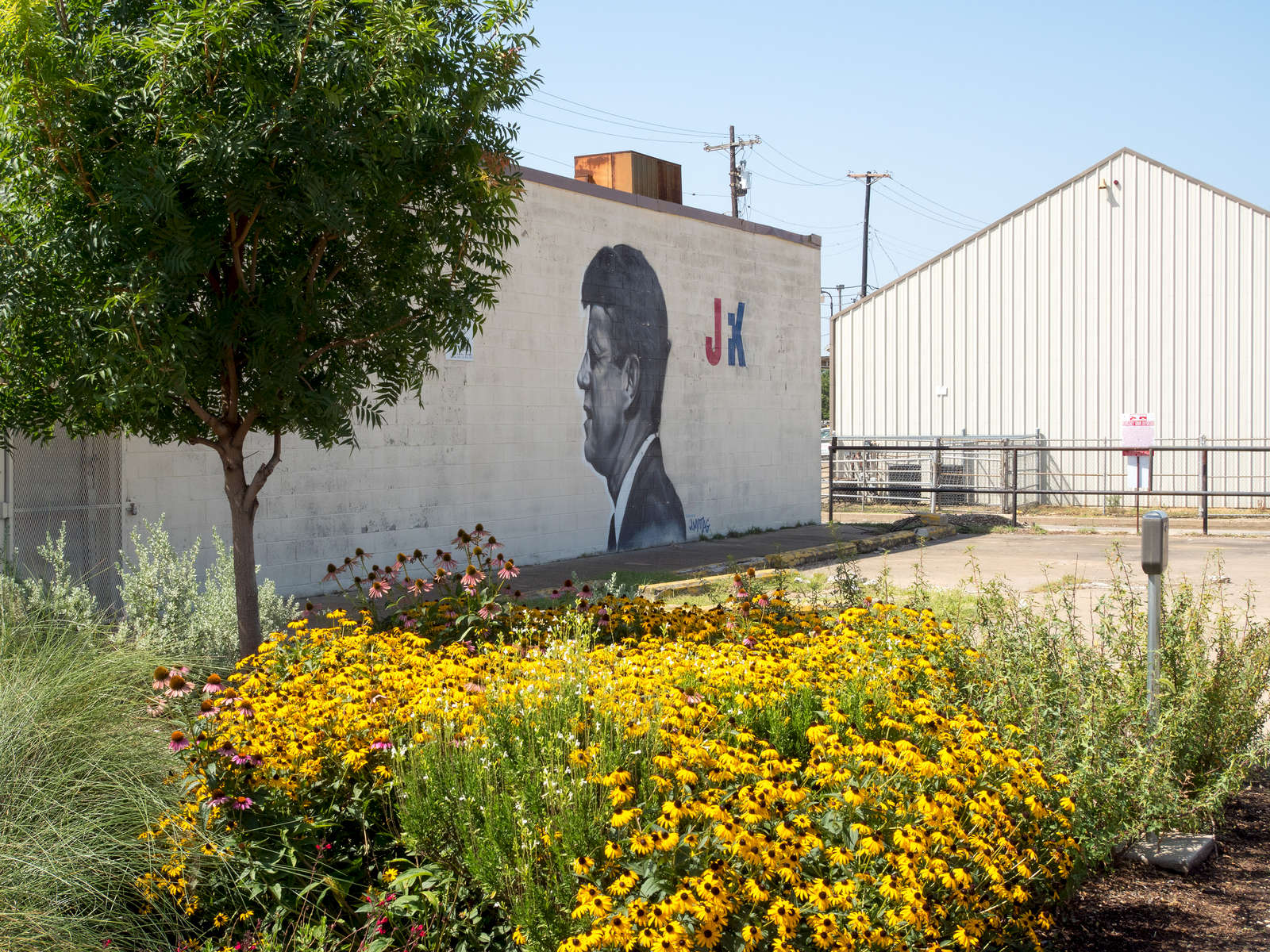 A murel of 35th President of the United States, John F. Kennedy on a wall in south Dallas, the city where he was assasinated.