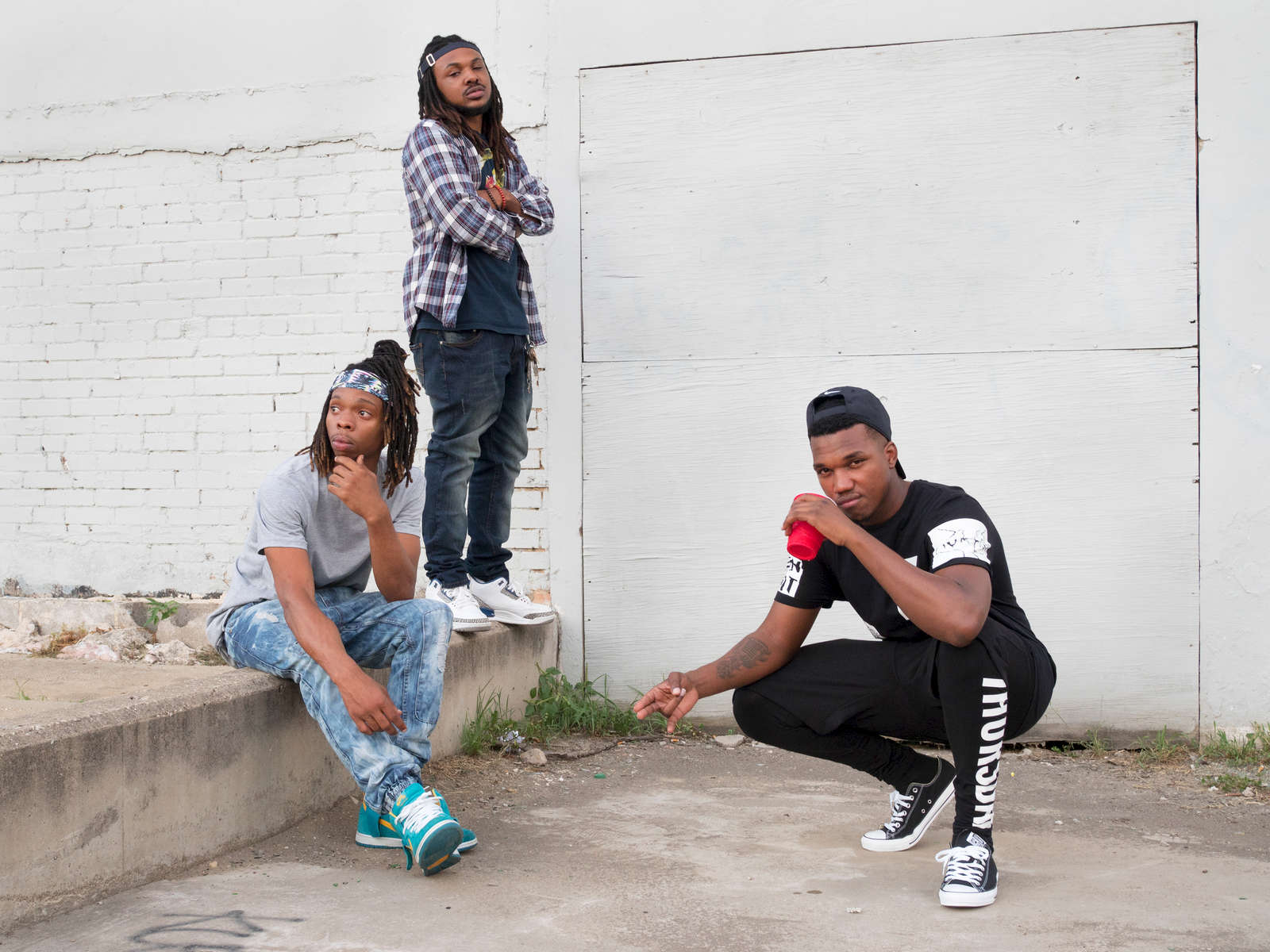 The Yung Stonerz, a musically inclined collective from Louisiana, pose for a photograph before a gig in Deep Ellum, a neighborhood composed largely of arts and entertainment venues near downtown in Old East Dallas.