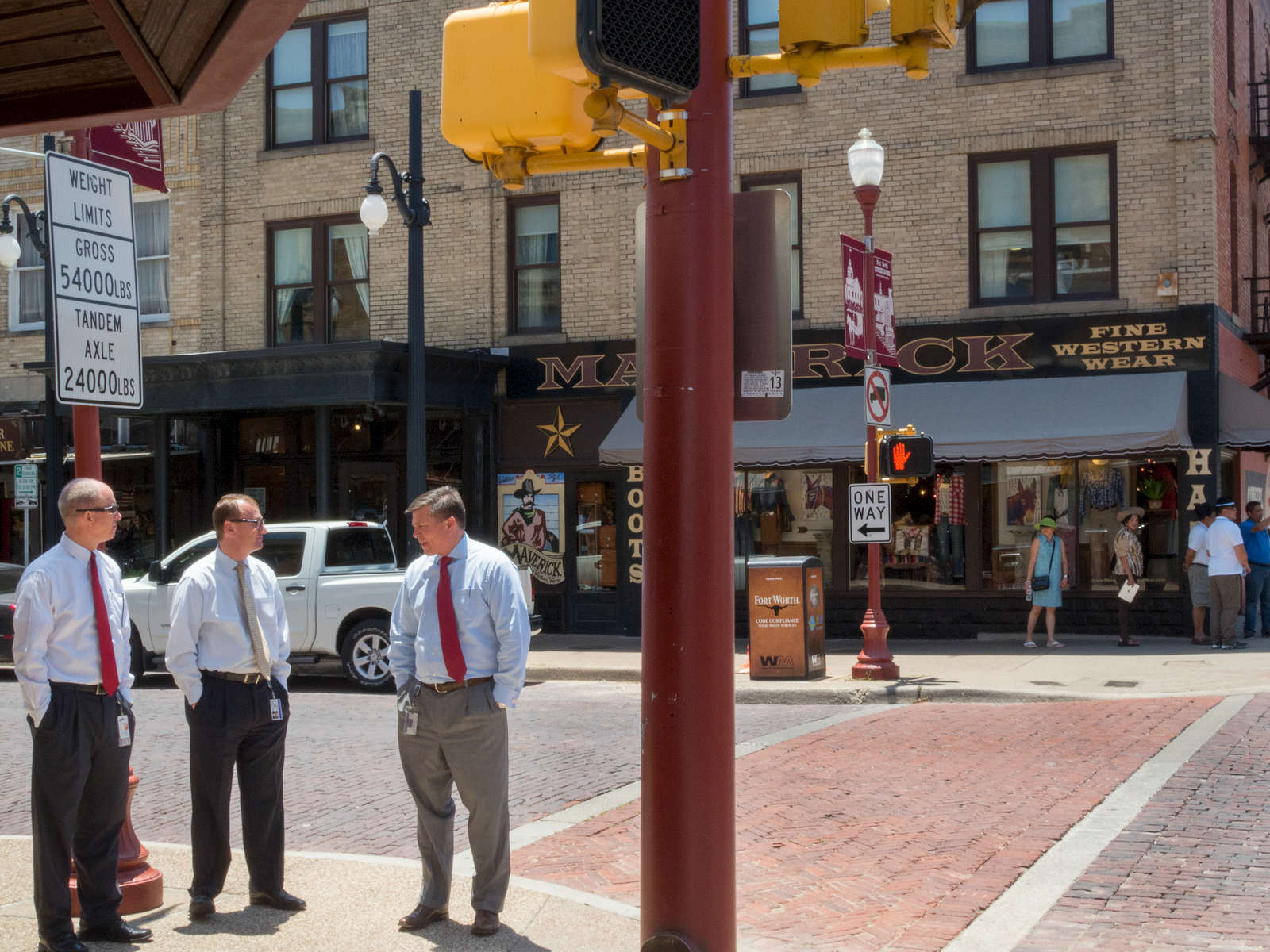 'FINE WESTERN WEAR' Businessmen chat on the corner of a street in the Stockyards district of Fort Worth.