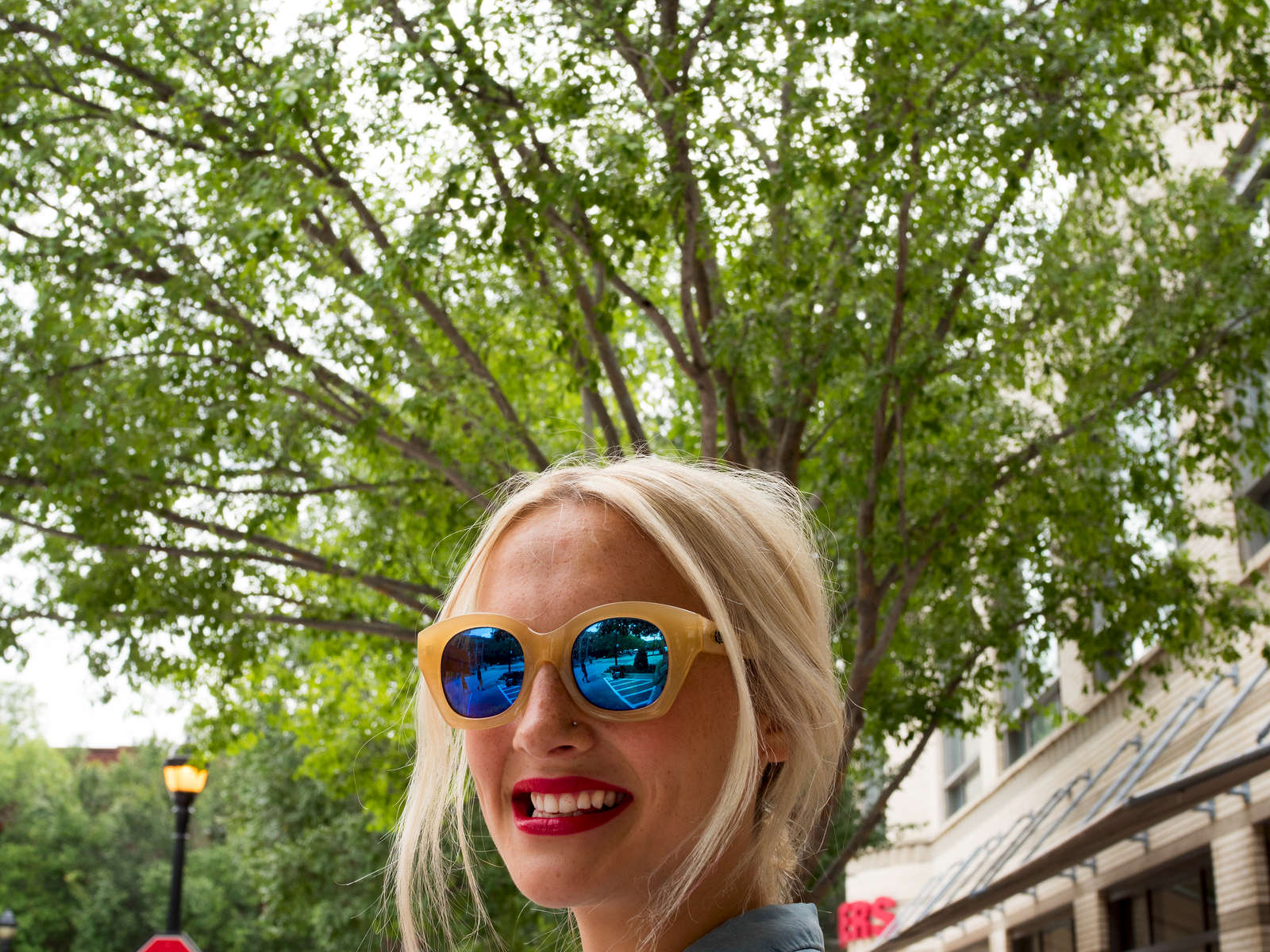 Patriotic sunglasses and lipstick worn by a woman on her way to work in Southlake.

Southlake is an affluent city located north-west of Dallas in the U.S state of Texas with a population of arond 26,5700. Southlake was named in 2014 as one of TIME magazines top 10 richest towns in America and is known for public schools, Southlake Town Square, its wealth, Gateway Church and Carroll High School's 8-time state champion football team.