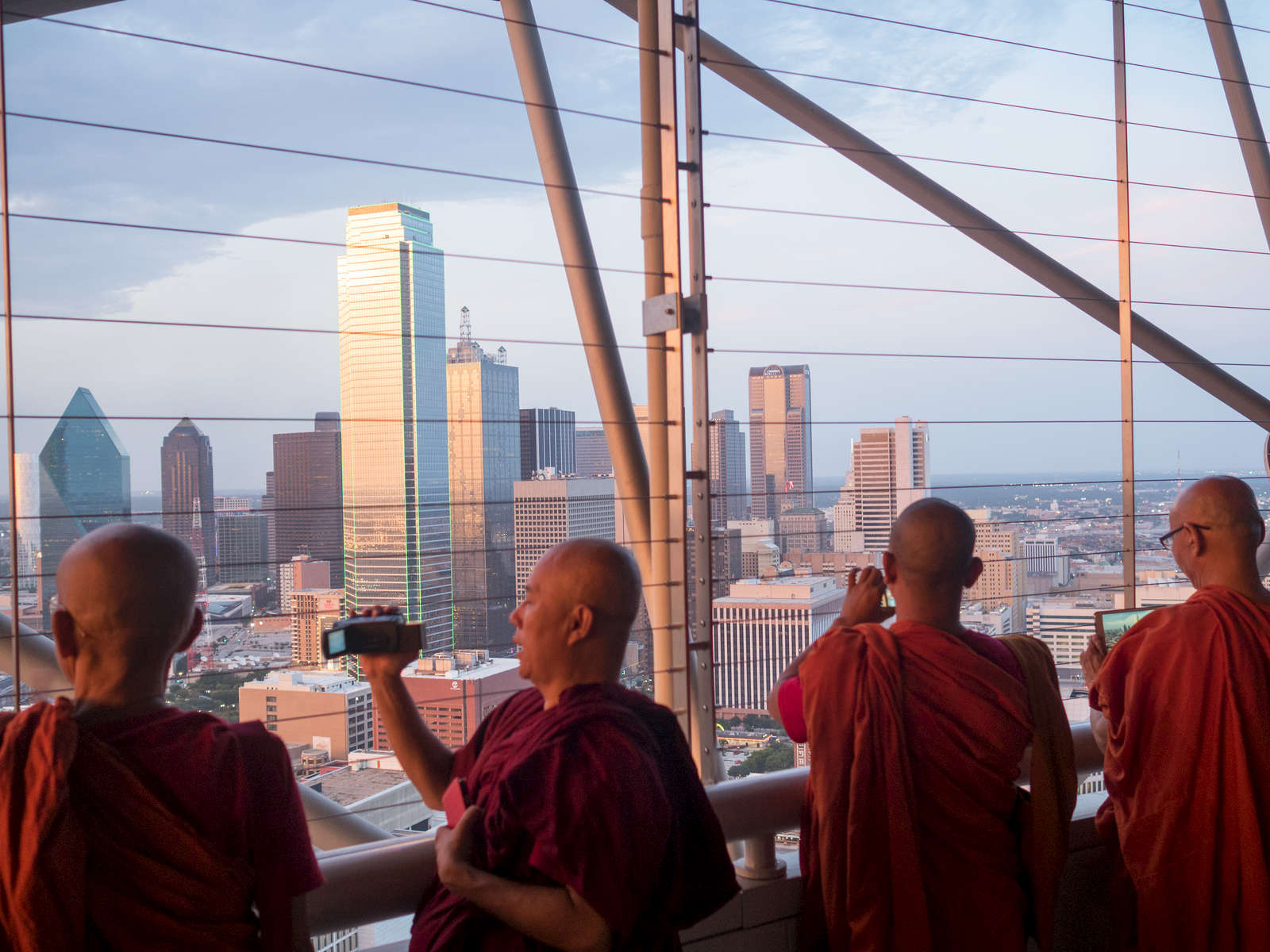 Buddhist Monks take in the view from the top of the Reunion Tower across the Dallas skyline dominated by the bulding of Bank of America.